After reading Paulo Coelho’s ‘Brida’, I was left feeling utterly consfused and frustrated.  Not contrary to his other works, the book does offer a unique plot and an intriguing set of characters. However, with each paragraph decipherable into a whole chapter of its own, complete comprehension of the book’s essence is a feat almost impossible to achieve.
The book follows the spiritual journey of ‘Brida’, a young and beautiful Irish girl who seeks to explore herself through magic and witchcraft. Her quest brings her to the Magus, a mysterious man living in the forest who introduces her to the ‘tradition of the sun’. She is then led to Wicca, an equally powerful witch with whom she learns the ‘tradition of the moon’ and ‘to dance to the music of the world’. As the plot progresses, she learns the aspired art of recognizing one’s soulmate(s). However, it brings even more dilemma into her life already tangled between her spiritual and mundane selves.
If any of it sounded interesting, my apologies, but I found the book anything but. The biggest problem I had while reading the book was with its deceptive simplicity. The book pretended to be an easy read, but as I read along, I felt as though there was something between the lines that I had missed, which meant I was reading the same thing over and over again. I admit that this was rewarding at times, but after a while it got rather frustrating. By the time I’d reached the middle, I was already regretting my decision to read it in the first place. I continued hoping for a satisfactory ending, only to be disappointed again. Honestly, I couldn’t even tell how it was any different from other pretentious book on spirituality available on the market today.
While depth, of course, is ubiquitous and even necessary in books dealing with such themes, Coelho’s words, although carefully crafted, are more than often too dense to digest. Unless you have plenty of time and patience, I wouldn’t recommend the book to anyone. 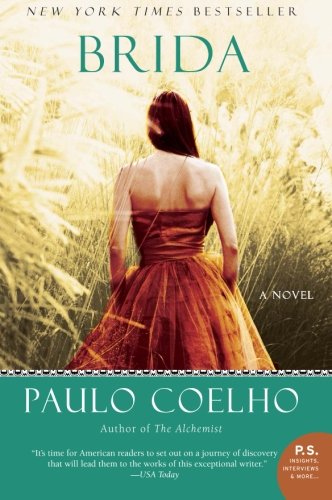 Favorite Quote:
"Our remedies oft in ourself do lie, which we ascribe to heaven."
-William Shakespeare

View profile
What are you talking about, your not a good writer? This was great, and definitely turns me off the book (which I guess is no great, but you know what I mean). Nice job.