Reconstructing Amelia follows the story of working mother, Kate, who receives a call one day from her teenage daughter’s school telling her that her daughter, Amelia, has been suspended and needs to be picked up. Due to traffic and work obstacles, Kate arrives at the school late, and by the time she does, there are police surrounding the school and pointing bystanders. A girl has jumped from the roof of the building and is dead. Kate is horrified to find out that the girl is her intelligent, seemingly happy daughter, Amelia. The death is ruled a suicide but Kate can’t accept it as such and searches for a more plausible explanation for her daughter’s unexpected and premature death. Did Amelia really have hidden demons that provoked her to jump off of her school building or was she pushed? Kate will find out.

The book is a riveting suspense novel, one that will have you hooked almost from the beginning. The chapters alternate between the perspectives of mother, Kate, and accounts of the time leading up to Amelia’s death by Amelia herself. We find out there was a lot going on behind the scenes of Amelia’s life – more than even her best friend, Sylvia, knew.

By the last one hundred pages, you will most likely not be able to put the book down. Even in the midst of a tough college semester, I had trouble taking breaks to finish schoolwork; I simply had to find answers. Though Kate and Amelia’s relationship was somewhat damaged by Kate’s long work schedule, the two had a close and loving relationship that brought me to tears a couple times – knowing the outcome of fifteen year old daughter, Amelia. Reading about Kate, who goes to great lengths to find out the truth about her daughter, gives one a new hope for the love that can be shared between mother and daughter.

Five out of five stars. 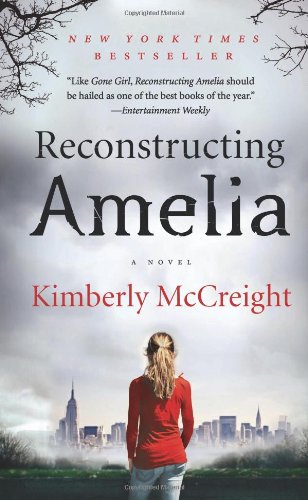