Let me tell you, Eleanor & Park by Rainbow Rowell truly threw me for a loop on an emotional rollercoaster. Abused by her swishy stepfather, Eleanor lives in a horrible little house with her many young siblings and a worn-down mother who has lost herself in this mentally and physically abusive relationship. Park, a dark and moody comic book lover, is eternally lonely in his large house with the pristine Korean mother, rambunctious younger brother, and ex-soldier father. By total accident, in what was a slightly uncomfortable encounter, Eleanor earns herself a bus-seat next to Park, who ignores her very existence for week. Once they are brought together by Eleanor’s quirky sense of humor and Park’s out-there taste in music, the two are inseparable. And after that, well, you’ll just have to read to find out.

Rainbow Rowell provided us, the whole teen community, with a romance unlike any Sarah Dessen has ever brought forth. The immediate difference in race is something that shouldn’t be a concern or focal point, but it is. Their Korean-Caucasian love affair was something that hasn’t been seen before, providing the reader with an interesting pair of characters. There’s something about Rowell’s writing that is incredibly simple and flip, but provides far more emotion than you would expect. Just three pages into the novel and you are part of Team Eleanor, as she battles the knuckle heads on her school bus. Rowell just has a knack for writing that can’t be found anywhere else, and I mean anywhere. Everybody adores a romantic book, something to flip through on the beach. But this book, this book leaves a hole in your chest when it’s over, something that can only be periodically filled again with gleams of light from other books. A true emotional experience, you become part of the book while you read. I promise, you won’t be disappointed. 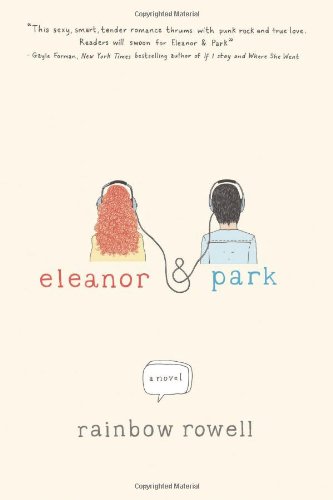 
Buy from Amazon
The author's comments:
Rainbow Rowell truly is something else
Post a comment
Submit your own