The Virgin Suicides by Jeffrey Eugenides

There was only one thing for certain that I knew to expect from the book as I fingered past the first few pages: the Lisbon girls, all five, were to be dead by the end of it. It’s not a spoiler, my saying so, because it’s not only pointed out on the first page but in the title as well, that there are to be suicides. There’s little else one can expect from a curious title such as “The Virgin Suicides”.

The novel was a suspenseful story from the start. Facts to piece the suicides together and the story in general, were thrown to you from every page, and lacking a net to catch them all, it seemed almost imperative to finish the book in one sitting. Every little piece more that you read makes the next page, the next chapter, all the more desirable.

While the development of the plot was slow, what captured my attention throughout the novel were the imagery and descriptions Jeffrey Eugenides inserted. I found it interesting that he not only inserted necessary details to keep the story in a good flow, but descriptions of the community and those who inhabited it, which if nothing else, added flavor and really brought more realism to the story. I won’t say that there weren’t aspects I thought fantastical, but without pictures, I could see the neighborhood, the smoke rings blown from Lux’s mouth, Mary’s intellectual expressions, and the worn-and-torn wedding dress that Cecilia draped herself in.

By the end, I’ll admit, I was growing a bit tiresome of what seemed to be a misinformed ending, but that may have just been the hour that I had stayed up ‘til to finish the read. Though the suspense of knowing only the end and not what laid in-between the start and finish of the story satisfied many friends I know who love this book, I had begun counting down the pages after the first two hundred. It was a worthwhile read, and I thought the perspective it was written from was an interesting idea, but I still had to force myself to finish the book.

The Virgin Suicides is an interesting, thoughtful, suspenseful read – but if you’re looking for an action-packed story that will keep you on the edge of your seat, I wouldn’t recommend this to you for the time-being. 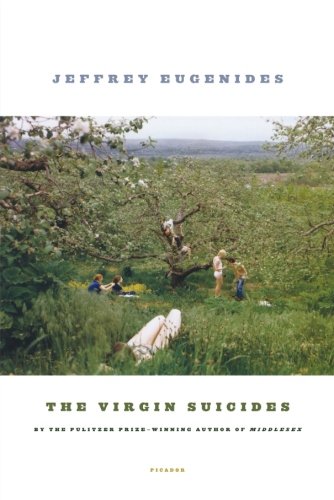