What if the big bad wolf really existed, and there was more than one wolf out to get you?
Sisters Red is a modern-day version of the renowned Grimms’ fairy-tale: Little Red Riding Hood. Although there is a red-satin cloak included in the story, these girls don’t have to wait for a woodsman to come save them. In everyday life, seemingly ordinary men prey upon beautiful young girls; however, these men are coveting for their hearts. These men are known as Fenris. Sisters Scarlett and Rosie March experienced their first wolf attack when they were both young girls, resulting in the loss of their beloved grandmother and the scarring of the older sister. Scarlett and Rosie, both grown teenagers, are now skilled Fenris hunters, determined to save other young girls from the tragedies they’ve experienced. However, several years after the attack, a new dilemma is on the horizon.


Jackson Pearce is able to create an interesting retake on the famous figure: Little Red Riding Hood. Setting the story in a modern-day era with creatures alleged to be centuries old, created a noteworthy contrast with each other. The author is able to integrate a dash of romance and philosophy into the story, along with a large amount of action as a basis, which causes this novel to stand out from most YA fiction. The heroic yet flawed design of the characters create a way for the reader to relate to the themes of the story. However, the main points of the story are reiterated too many times to thoroughly enjoy the plotline, and leaves little room for suitable character development.


Overall this is a rather enjoyable novel that will certainly entice those who wish to find out what really happened to the little girl in the red cloak after she was attacked by the big bad wolf. 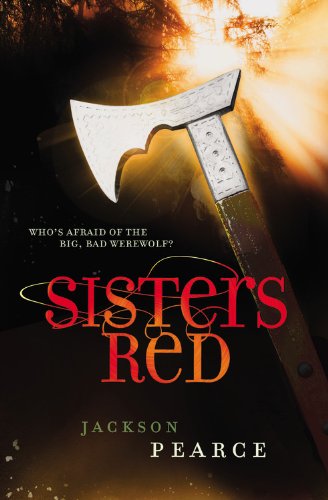