One of the most beloved and notable novels of the 1920s is F. Scott Fitzgerald’s The Great Gatsby. Hailed as one America’s Great Novels, The Great Gatsby is a look at the lifestyle everyone secretly wishes to live but cannot afford. F. Scott Fitzgerald opens this exclusive vain world for everyone one of us who has yet to pleasure the lavishness of such lifestyle. Likewise, Fitzgerald does this to both glamorize vanity and yet shun it simultaneously.

Nicholas “Nick” Carraway, a World War I veteran and recent Yale graduate, narrates the story of The Great Gatsby upon moving into the neighborhood of (fictional) village of West Egg situated in Long Island. While visiting his beautiful cousin Daisy Buchanan nee Fay, who lives not too afar from Nick, Carraway begins to delve into the world of the helplessly and hopelessly wealthy. There he meets Jordan Baker, a lovely and famous golf-player, and Daisy’s husband Tom Buchanan. Tom is anything but a pleasant man: he is proud, a white supremacist that wants to influence Nick with his discriminatory thoughts, and an adulterous husband to Daisy, as Jordan reveals to Nick. As Daisy and Tom argue in a separate room from the room in which the four were previously in, due to Tom’s receiving a phone call, Jordan tells Nick that, although Daisy knows of Tom’s “having another girl in New York,” Daisy will not divorce Tom, due to her Catholic beliefs.

Upon Nick’s arrival home in West Egg, Nick’s next-door neighbor invites him to a party, which turns out to be a party unlike any other Nick has ever attended. Unproven gossips follow from the invited mouths to mouths about the mysterious wealthy host. No one knows a single iota of the truth behind the unknown playboy. Eventually, Nick meets the host of the party, Jay Gatsby; the two quickly develop a friendship, which Nick believes is based upon mutual interest. However, Gatsby, as Nick soon discovers is solely interested in re-winning the heart of his former lover Daisy. Daisy and Gatsby soon meet and the two become inseparable. At this point, everything in the novel begins surging upwards that can only lead to a steep fall downwards. Similarly, the truth behind Gatsby begins to reveal itself like the unfolding of a rose slowly shedding its tender petals to reveal the inside of the rose until it becomes nothing.

F. Scott Fitzgerald is one of the best novelists to have existed; this novel proves likewise. His prose contains lyrical elements. He conveys large and small scenes with the same precise and minute detail. As I read, I felt as though I was present with everything Fitzgerald elucidates: the crowded soirees enduring all night and the massive mansions extending at all sides limitlessly. I could see Gatsby’s shirts of all of diverse hues—turquoise, fuchsia, citrine, jade, etc.—as he threw them all out of his spacious closet—which I imagined to be larger than my bedroom—for Daisy to see. Fitzgerald made me feel as though I was there sitting side-by-side with Gatsby silently watching the emerald light beaming from Daisy’s house every night. Moreover, I felt Dr. T. J Eckleburg’s amber-spectacled large blue eyes watching the every move of West Egg’s residents.

With The Great Gatsby, Fitzgerald forms a love story filled with tension, emotion, and suspense. Fitzgerald elicits the reader’s curiosity for a lifestyle not everyone lives in life, and yet at the same time, he dexterously educes sympathy for these helplessly hopeless people, who seem to have it all yet yearn for something that seems irretrievable despite having much wealth. Through Nick’s perspective, the reader will indirectly witness the rise and demise of the great Gatsby. 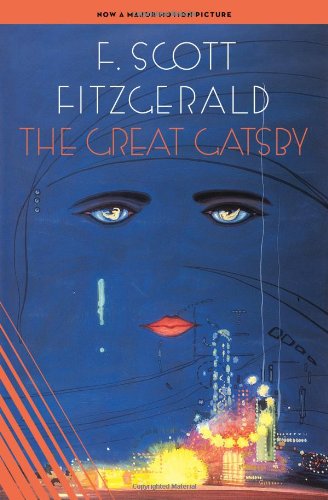 
Buy from Amazon
The author's comments:
You love this novel. I just know it.
Post a comment
Submit your own

PhoenixCrossing GOLD said...
on Jun. 12 2013 at 11:44 pm
PhoenixCrossing GOLD, Tinley Park, Illinois
14 articles 0 photos 178 comments
View profile
I agree with the majority of your critique and appreciate how thorough it was. I would like to point out some flaws in your summary, though. The part where you describe Tom is very confusing because your sentence structure is all over the place. In that part I think it's also important to note that the phone call was from Myrtle.  The last sentence about Daisy and her Catholic views is false because that was only a rumor. The real reason they could not divorce is the underlying theme of "rich girls can't marry poor boys" and that's all Gatsby ever was. When you talk about Gatsby's party, you say that the other guests were invited which is also false. Nick was the only one to have been invited ever. This shows the carelessness and rowdiness of the time. That is all!
Mckay ELITE said...
on May. 15 2013 at 7:07 pm
Mckay ELITE, Somewhere, Virginia
146 articles 0 photos 2230 comments

View profile
Haha, I plan to read and see the movie asap. My bestfriend is going to let me borrow a book called 'Speak' to read. AND then I'm off to see the wizard.. not really, then I'm off to read The Great Gatsby. Anyways, I don't know where you shop, but at Urban Outfitters if you go to their site and type Great Gatsby Tee in they have a shirt there.. but, I don't know if you'll like it or if you'd even want a shirt or anything like that. But, I shop there and I saw that shirt and I thought of you right away! Haha.
Mckay ELITE said...
on May. 13 2013 at 4:04 pm
Mckay ELITE, Somewhere, Virginia
146 articles 0 photos 2230 comments

View profile
Read Read READ the novel. Worth every minute of it. It's short, so it shouldn't take to long to read. But fret not for not reading it, even though it's breaking one of the ten commandments for litterature geeks and writers. Not that we're geeks. Although I don't mind being called a literature geek. Kind of a compliment really. I didn't read it till December of last year. So it's not like I read this a long time ago. But READ IT. You'll love it. I can't say this was my best review of this novel. Cuz I've dont two for this book. The first one had two typos at the end. If you read it you'll see it. Plus the first one got an Editors' Choice. Wierd, no? And yes, you should write some reviews on whatever you like. Books, movies, music, tv shows. You should do one of The Notebook. I wanna know how good is it. And thank you. Maybe I should be one of those writers who convinces people to check things out. Thanks for reading and commenting on this review, Lexus. And go see the film if you can. I'm dying to watch it also. Looks so so so good.
LexusMarie PLATINUM said...
on May. 12 2013 at 9:57 pm
LexusMarie PLATINUM, Las Cruces, New Mexico
27 articles 0 photos 423 comments

View profile
STOP DOING THIS TO ME. You know how badly I wish to see this movie. Oh, the agony. So, I have never read a review or tried to write one, but I must say.. I am impressed. You really make me want to read this and you make me cry because I want to see it even more. Shame on me, a writer, and I have not even read the book but I want to see the movie. Anyways, you need to be one of those persuasive people in New York who tries to get people to buy things.. the pressure would overwhelm their little minds and they would buy whatever you were selling, buy multiple ones or whatever. Anyways, good job, like always. Maybe one day I will try to write a review. Or maybe I will start reading more. Holla, Mckay. (Ooooh, I got slang-y.)