A Tree Grows In Brooklyn by Betty Smith | Teen Ink

A Tree Grows In Brooklyn by Betty Smith

Favorite Quote:
Life is like a game of chess.. Every move makes a change.

A Tree Grows in Brooklyn, by Betty Smith, has many themes, messages, and solutions to problems. Francie, a young girl, faces many challenges, including poverty, gender, and continuing to believe in the American Dream. With a younger brother, named Neeley, Francie must watch over him as well as herself. However, she remains independent and constantly grows watching the poor people, including herself, just as the one tree outside Francie’s yard.

After reading the whole book, many questions popped into my mind.
Where is Francie going after? Will Francie allow her children to live life in wealth, or will she make their childhood memorable by making them miserable yet stronger? I couldn’t quite conclude my questions, but I did however, understand why Betty Smith had the urge to write this book, and what messages she sprouted, like the roots in the tree stump.

In this book, GENDER had a very big part. Men weren’t as strong as the women were. Whether it was giving birth, or keeping a family together, men were the ones to leave and keep away from any situation, because they weren’t strong enough. Women, stood strong through any situation, showed no emotion, but loved their kids no matter what. In this case, this situation occurred with Francie and her mother, Katie. Katie showed no love to Francie, but had a lot of affection for Neeley. But, when giving birth to Laurie, the third child after Johnny’s death, Katie was asked to stay and Neeley to leave. Their relationship wasn’t meant to be give-love-back kind, but “I don’t really care. Just do what you have to do.” Kind of relationship. All in all, this made Francie stronger. Giving her the power to do what she can best. And what she knows from her own experiences. 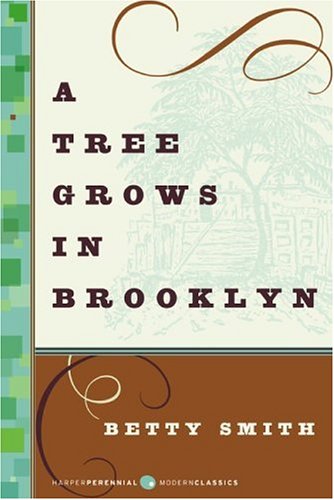 Favorite Quote:
"It's better to be hated for who you are than to be loved for what you are not."

View profile
Great review! And I totally agree about the whole gender role in this book...I read this and surprisingly this is one of my favorite books because of the reality of it and of the point of view it is written in!