The book Blink by Malcolm Gladwell is all about the way we think and how we formulate thoughts in a blink of an eye. Gladwell talks about how people “thin-slice” ideas when thinking, without really knowing it. Thin slicing is creating an opinion or thought about a situation, problem, etc. in just a few seconds based on a person’s past experiences and beliefs. Usually we thin slice without even knowing it. Gladwell describes thin slicing as very important and powerful. Gladwell says thin slicing is an art. He takes us on a journey to analyze our world on a mental, subconscious level. “Blink,” and just like that we have a new idea, perception, belief, or thought, and we keep doing it continuously. Our brain is thinking, processing, and moving as fast as the blink of an eye.

The author tells many true stories that relate to his theories. There are experiments, historical stories, people, and his own experiences he has gone through to support his theories. Gladwell asks question related to the story to make you think about the situation. Malcolm puts in examples when he gives you a situation or story to think about. For example, he sometimes says,” Say you...” and continues the situation with you placed into the story. He also says,” Let me give you an example...” to further explain. Gladwell talks to you in this book. The stories he puts into the book are very impressive and interesting. The stories are unique, little ones that have meaning to his point he is trying to get across. One story that’s is very interesting is the”Warren Harding Error” which is what the author calls it. Mainly, this chapter is about why and how we fall for tall, dark, and handsome men. The story was about Warren Harding who was in fact very likable, tall, dark,and handsome, and people fell for him. Yet they did not even bother to dig deeper, and later Warren Harding was elected candidate for the Republican Party for the election of 1920. Harding was elected President. At the end, Malcolm states,” He was, most historians agree, one of the worst presidents in American history.”

Malcolm Gladwell’s Blink is a very different book about the way we think. It makes me think about how we think, make decisions, choices, and how the brain works in a whole new way. 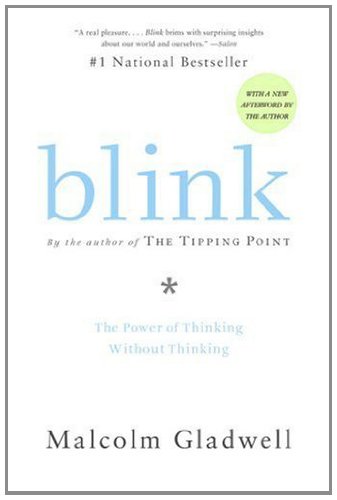