Thicker Than Water by Carla Jablonski

Have you ever known anyone that was diagnosed with cancer? Have you ever experienced divorce? What if your mom had cancer? This is what seventeen-year-old Kia has to deal with.
When Kia's mom is diagnosed with cancer, she is sent to live with her dad who lives in an apartment in upscale New York City. Her parents were divorced ages ago and they still won't talk even though her mother might be terminally ill. Kia is dealing with anxiety problems and has returned to cutting herself. Her two best friends Aaron and Carol are worried and try to help Kia get through her tough times.
At the hospital, Kia meets a Goth like her named Hiccate. They become friends and Hiccate introduces Kia to the underground Goth scene; vampire wannabe's and nightclubs. Damian, the mysterious and attractive DJ, seems to have taken interest in Kia. His strange attitude and ways make Kia believe that he is in fact a real vampire. As she falls deeper and deeper into the vampire scene, Kia's friends start to fade. She looses interest in them and gets more and more distant with her family. Kia's mother's cancer gets worse and she only has two more months to live. Kia goes to Damian and asks him to make her mother a vampire to keep her from dying. It turns out that Damian was non other than a normal human being and Kia's hopes were crushed.
The death of Kia's mother brings her back to reality and she leaves the vampire scene and Damian for her old friends. With help she stops cutting for good and gets her life back.
This book is about friends, trust, and relationships. It teaches you to keep your true friends close, especially during hard times. Even though it might seem like they worry too much its only because they care. This is an excellent book and I recommend it to anyone.
I would say that this is the kind of book that you can really learn from. It really shows the effects of the choices Kia makes and how it affects the people that care about her. This book teaches you to stick to your true friends and to be yourself and that you shouldn't have to change yourself for others to accept you. If you do then those people aren't worth your time. 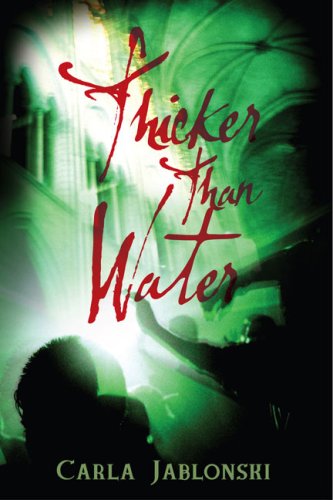 i want to read this book so bad!