No single word could ever do justice to Robert Louis Stevenson's timeless novella, Dr. Jekyll and Mr. Hyde. Eerie and complex, the story is a mixture of horror, suspense and psychology, and in all aspects refuses to be pigeonholed. Addictively terrifying from start to finish, the book is impossible to put down. Even when the last page is turned, the haunting words will linger in the reader's mind.


The tale follows a man named Mr. Utterson, lawyer and friend of the respected Dr. Jekyll. The two have always considered themselves great friends, but when a grotesque—and possibly murderous—man by the name of Mr. Hyde shows up, the friendship takes a turn for the worse. As time goes by, the situation grows more and more suspicious and the relationship between Dr. Jekyll and Mr. Hyde becomes more and more perverse, until Utterson finds himself so baffled he must intervene to discover the truth. Magnificently developed, each and every character's believable personality adds to the quasi-realism that defines the book.


Published over a century ago, the story and its plot are today fairly well known. Having been around for so long, the book has lost some of its initial power, but the experience of reading it is none the worse. Although I was already aware of the final twist, I found myself no less thrilled by the ending. The archaic style and diction further enhance the adventure, and the reader is ultimately left feeling fulfilled.


Dr. Jekyll and Mr. Hyde is very easy to suggest. Its short length makes for a quick read, but so much is condensed into every page that its stylistic and thematic depth makes its brevity all but hidden. I would gladly recommend this superb novella to anyone interested in a compelling and thrilling tale of horror. 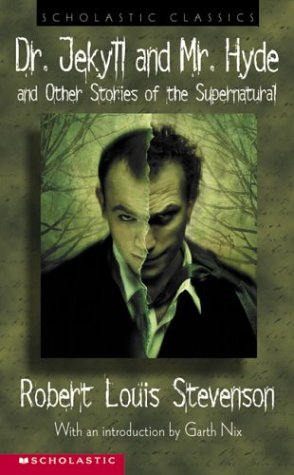 Previous Next
Reviews
The Rogues by Jane Yolen and Robert J. Harris
By Anonymous
Reviews
All American Girl
By saltyprengles BRONZE