TELL ME YOUR DREAMS by SIDNEY SHELDON | Teen Ink

TELL ME YOUR DREAMS by SIDNEY SHELDON

Sidney Sheldon always captured readers with his simplistic way of keeping mysteries.With a well-recognized style of writing.He created a great curiosity for the readers in the first part,unusual things in middle part and have great ending.

Ashley Patterson,a girl in twenties was an ordinary girl.She worked in Global Computer Graphics
Corporation, a successful,fast-growing young company with two hundred employees.She was impressed by food ball player Jim Clearly in her high school.But her father did not allowed to marry him.Two other girls named Toni and Alett were worked in the same company.Shane miller who was a boss of Ashley liked her and they use to have lunch together many times.Another man named Dennis Tibble tried to make Ashely to accept his invitation to dine with him.In a course of time,Ashley received a message that her former friend Jim clearly was murdered.One day Dennis Tibble went to Ashley's apartment and spoke with her.In a few days Dennis tibble was also murdered.There is a great twist in this novel.

Ashely feared that some thing is following her.She finds her house lights turned on when she
returns from work, her personal effects in disarray, and someone has written "You will die"
on her mirror with a lipstick. She thinks someone's broken into her house. She requests a police
escort, but the next morning, the police officer assigned to this duty is found dead in her apartment.
Two other murders,Toni's boy friend and Alett's boy friend have already taken place in that time.They found that all the murdered men had been castrated and were having sex before being murdered.Also they found Evidence points to the same woman being involved in all three cases.Ashely was accused for all murders.Ashley was arrested later and her father's
old friend David who was a lawyer proved Ashley was not a criminal,but was a patient affected
by multiple personality disorder.Ashley was sexually abused by her father in her young age that only caused her horrible things in her mind and shattered her.At last Ashley was confirmed as a innocent girl and freed from the case.

This story is really a great story which ends in a good way.Though it's fictional it seems like
a real story just thrilling like James bond movies.It also helps me to strong in my faith and teaches me to talk what i have to talk at that time. 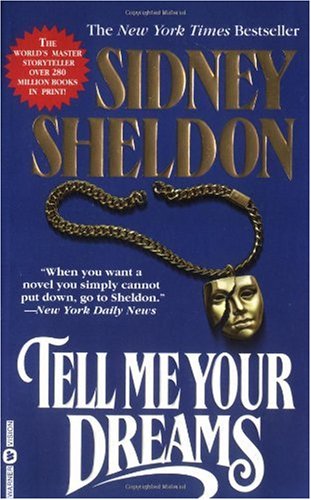