Twice Told by Compilation of Authors

I originally thought that this book would be full of classic fairy tales with a modern twist. I was completely wrong, but what it turned out to be was a million times more interesting: eighteen authors were given one of nine different illustrations by Scott Hunt and told to write a short story about the pictures. I was completely blown away by the stories and the different interpretations of each charcoal drawing; no two authors had the same idea for the picture they were assigned, and each story was thought-provoking and interesting.


I discovered a lot of new authors because of this book, though some old favorites of mine were included, too. John Green, M.T. Anderson, Sarah Dessen, Margaret Peterson Haddix, and Nancy Werlin were just a few of the ones that I recognized – I’ve even done reviews of some of their books in the past. I’ll definitely have to check out a few of the others – including David Lubar, whose backwards story was simply fascinating – and add them to my list of books to read.


I would recommend Twice Told to just about everyone in high school or older. While the language is mild, some of the themes may be difficult for some younger students to understand; quite a few of the stories are about death, one addresses homosexuality, and yet another is about sexual advances on young boys. Some of these stories are tear-inducing, and some leave the reader with that warm, fuzzy feeling, but all of them ask the reader to think. All of the stories bring up questions that cannot always be answered with a single word, and I liked that Twice Told was not only a creative way to tell stories but was also such an intelligent piece.


I GIVE THIS BOOK FOUR OUT OF FIVE STARS. 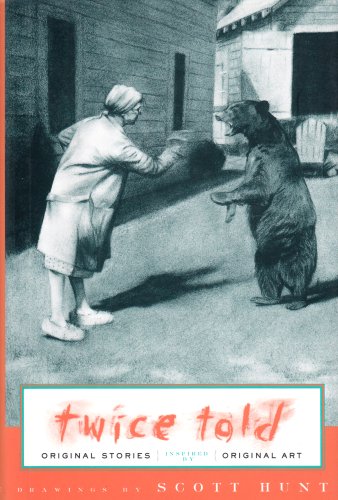 
Buy from Amazon
The author's comments:
I've been doing book reviews for a while now, but this is one of the first compilation of short stories I've ever read. It was really good and is perfect for people looking for something they can read in short bursts.
Post a comment
Submit your own