The book, "Airhead" by Meg Cabot demonstrates some family struggles. The main characters are Em Watts, Nikki Howard, Frida Watts, Frida and Em's mother and father, Christopher, Gabriel Luna, and Lulu Collins. Em Watts is a girl that takes all AP classes, intensively plays addictive video games, and goes around high school technically invisible. Nikki Howard is a teen supermodel with attractive flowing hair and attends the hottest clubs in New York City. She never goes anywhere with her most flattering accessory--her poodle, Cosabella, or as Lulu refers to her, Cosy. Frida enjoys irritating her sister, Emerson (Em), by rebelling against her beliefs. She only cares about appearances, fashion magazines, celebrities, and cheerleading--basically the opposite of Em. Frida and Emerson's mother is a college professor. She named Frida after the famous artist and is extremely serious about academics. Their father works far away as a college professor, but still lives with the Watts family. He is extremely easy-going and is a bit of a push-over, since he often arrives home late. Christopher is Em's only friend. He enjoys video games, and often refers to people like Frida in their school as the Walking Dead because they only follow other's footsteps and will never create their own. Gabriel Luna is a hot new British singer. Frida idolises him, along with Nikki Howard. Lulu Collins is basically just notorious for her wealth. She shares a loft with Nikki Howard and is Nikki's best friend. She is basically Nikki's only family. The theme is to never underestimate something/one.

This book showcases a nuclear family, including a mother, a father, and two sisters. In the beginning of the book the two sisters exasperate each other and bicker non-stop, but by page 50, Em has had a serious injury that was nearly fatal. When Frida sees this, her true emotions come out for her sister, admiration. Frida weeps and quivers when she sees Emerson in the hospital hooked up to machines. Although she has always poked fun at her sister's sense of style and addiction to video games, she realizes that she really does love her sister, despite the differences.

My prediction is that since Nikki had fainted at the same time the television came crashing on top of Em, somehow, Emerson's brain will end up in Nikki's body. Maybe Nikki will die, but maybe it's just temporary. Somehow, Emerson will get the taste of the supermodel life. I would recommend this to any girl that wants to read a well-written teen book. It is a better alternative than the Twilight saga. 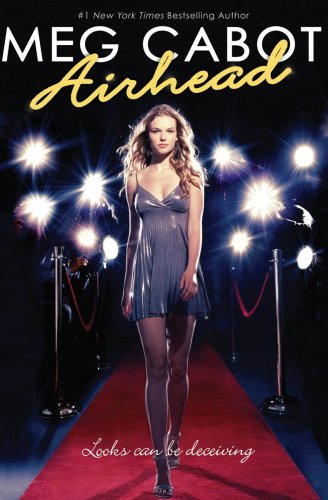 View profile
This is really good!! You are w great writer and i love this book!!!! Although i'm sad that you felt the need to diss twilight!! Is it cause it's vampire?? cause i'm writing a vampire novel and am almost finished with it. But i didn't start it becasue of twilight. I have been in love with vampires since i first saw interveiw with the vampire!
ELM522 DIAMOND said...
on Jul. 21 2010 at 5:31 pm
ELM522 DIAMOND, Selden, New York
79 articles 0 photos 139 comments

View profile
This was a school assignment.