The Chris Farley Show: A Biography In Three Acts

You probably knew him best as the lead in "Tommy Boy" or from his days on the hit show "Saturday Night Live." However, Chris Farley was much more than just the overly-humorous "fattie" who could have you rolling with just a glance. Through collected oral interviews with his family, friends, and people who worked with him over his time, readers are able to gain a clearer perspective on Farley's life and career. On one side is the funny man people loved so dearly. On another is the deeply faithful Irish Catholic man only his family and closest friends (and now the public) could see. Finally, delve into the long battles Chris had with alcohol and drug abuse and his struggles to overcome them, only to fall into one last relapse in the middle of the 90s. Whether you're looking for inspiration or just a good read, this book is certain to entertain Farley fans and not alike. 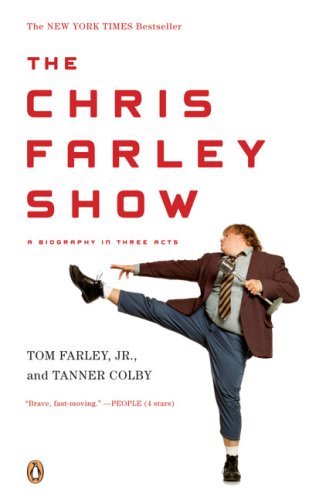 
Buy from Amazon
The author's comments:
I utterly loved this book. Chris Farley is to me what John Belushi was to him and if you read this book, you'll get the meaning of that. Farley was my reason to get into theatre during high-school and my inspiration to go out and be a better person with everyone.
Post a comment
Submit your own