The Cat in the Rain Review | Teen Ink

The Cat in the Rain Review

This is the helplessness of the wife. Staying in the hotel with her husband, they lived in the same room but lack conversation. The women stood at the window and looked out, and the husband worked. During vacation, the two were supposed to be excited, however, both of them were quiet. Readers can infer that their relation was gradually fading at this moment. “She liked the deadly serious way he received any complaints… she liked the way he wanted to serve her.” as the women noticed. The man she liked was not her husband but the officer in the hotel. From the quote, readers are able to detect her internal emotions and longing for care in the relation. When she saw the cat in the rain, she met with her internal. From surprise to yearning to disappointment, the woman pursued the desire inside her heart but failed. The loss of the cat may symbolize the split of the relation. She went back and looked at the mirror, her current appearance made her sigh. This mirror reflected her current situation and implied her self-pity. At the time she asked her husband about his thoughts, he did not even look at her and replied “I like the way it is”. The husband not only wanted the woman to keep her look but refused to change the current relationship between them. The man’s indifference was what ruined all the hope of the women, and by his words “shut up and get something to read”, their relation was totally destroyed. Shifting from the conversation to the women’s self-talk, she wished someone to help her out but the husband just ignored her and did his work without any concern. Reliance between the two was unable to repair in the end, thus the woman was paralyzed and lost in life. 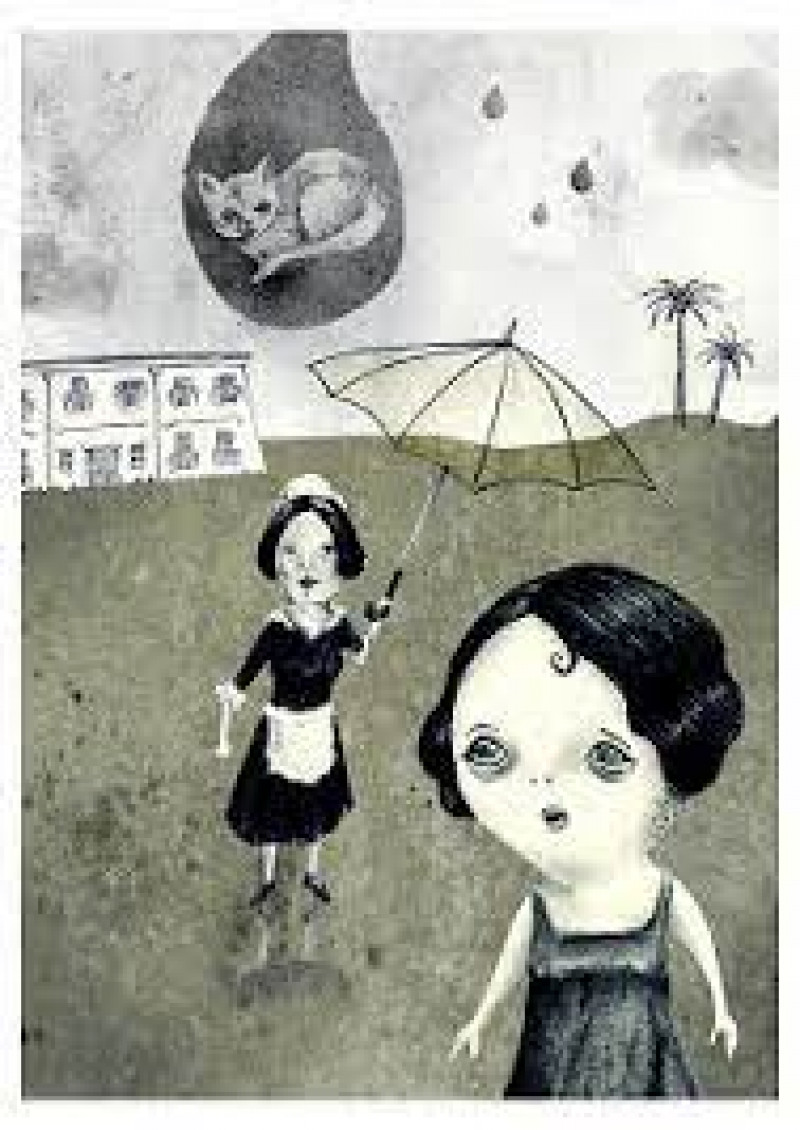