Huckleberry Finn was the naïve narrator who realized the equality between slaves and their owners. He was in dilemma of whether to turn Jim, Ms. Watson’s slave, in but his empathy toward Jim stopped him. Regionalism is included in this story, which from Huck’s point of view, readers are able to discern the difference between the northern and the southern. “Ole missus—dat’s Miss Watson—she pecks on me all de time, en treats me pooty rough, but she awluz said she wouldn’ sell me down to Orleans” (p.45), as Jim reflected. This indicates Miss Watson’s unwillingness to sell Jim for profit. Miss Watson was the one who took care of Huck and constrained his actions, and this represents the typical northern citizen. Compared to Miss Watson, Sally Phelps demonstrated her cruelty toward slaves. From the south, Sally held a prejudicial notion of slavery, in which slaves should be sold for profit. Her imprisonment of Jim explains her ruthlessness toward Jim, which she did not think slaves were equal to them the owners. Although hospitable when she met with Tom and Huck, her attitude toward Jim was completely converse. “[A]nd when I see that truck I thought we’d lost you, for I knowed by the color and all it was just like your brains would be if— ” (p. 275) Sally’s concern for Huck was so intense that when we see her attitude toward the escape of Jim –“They cussed Jim considerble, though, and give him a cuff or two side the head once in a while... chained his hands, too, and both legs”(p.287)- her character overturned immediately. Through the contrast between her attitude, we are able to see the inherent bias southern people had. With Huckleberry, his maturity within the journey was embodied constantly, which his narration became more credible and so Jim was freed while Huck Finn’s epiphany emerged. 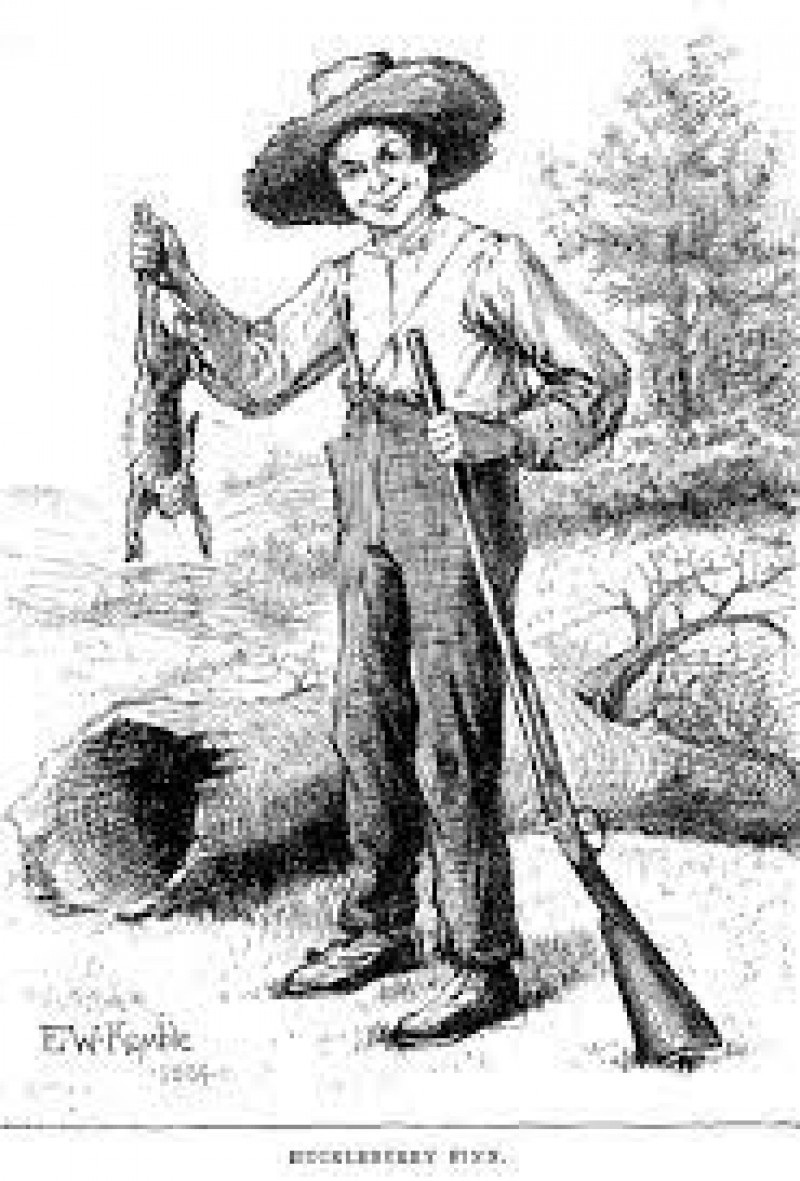