Marilyn Monroe fragments provides us with rare and deep understanding of Norma Jeane as well as Marilyn Monroe`s mind. It just rubs away the picture of dumb blonde that the Hollywood created and Introduces us to brilliant, insightful lady that truly existed. A lot of adjectives are required to describe this lady. This book is basically a collection of Marilyn`s letters, poems and intimate notes, the one`s she wouldn’t have revealed to the world. Through this book , we relive the moments she lived and we meet people she met. We meet the real her and travel through a diamond mind.

This book can be structured into personal note 1943,undated poems, notes and letters.

personal note written in 1943 divulges the Ingenuity of the 17 year old mind of Norma jeane. Marilyn wrote it when she was just Norma Jeane, probably the earliest thing found written by her. She talks about her Insecurities, fear and relationship with her husband Jim. She writes “At 15,I strongly felt the pattern of insecurity”. Sometimes I really wonder by looking at this line that how a woman with such mesmerizing beauty and character could also feel insecure. But these are the perks of adolescence, they make you feel things which are not true. She writes about her husband saying how foolishly loyal she had been and how he took advantage of that.

Norma Jean Mortenson was born on1st June 1926 to Gladys Pearl Baker, who due to the pressure from two divorces and death of her mother was diagnosed with paranoid schizophrenia. So She couldn't care for Norma Jeane. Hence Norma Jeane grew up in foster homes, orphanages where there had been times when she was even abused and beaten.

There are good number of poems in this book. But two of them struck me the most.
“Life---
I am of both your directions
Somehow remaining hanging downward
The most
But strong as a cobweb in the
wind—I exist more with the cold glistening frost,
But my beaded rays have the colors I have
Seen in paintings --- ah life they
Have cheated you”

This poem really describes Marilyn’s personality very well. We see the sunny luminous girl on the screen but deep inside she is frozen, she is just like a sculpture made of ice containing all the colours of painting.She may seem fragile, she may seem kind. But she isn’t. Her interior is strong because she compares herself with cobwebs that doesn’t even break in strongest wind.
“only parts of us will ever
Touch parts of others---
one's own truth is just
that really--one's own truth
We can only share the
Part that is within another's knowing acceptable
so one
is for most part alone
As it is meant to be in
Evidently in nature –at best perhaps it could make
Our understanding seek
another's loneliness out.”
This poem is so related to Marilyn’s death because everybody had their own versions of it and nobody knew the real truth. We just know the parts of others we don’t really know anybody's truth that is the reason for most part we are alone like she was,we just know about her family history, we see the pretty pictures of her, we can never know what was going on her mind ,what happened to her mind that night that made to kill herself or whatever.
In the notebooks and diaries she used she writes about her insecurities, fears, loneliness and the way she was abused by the people she met etc. for example she writes how her aunt used to beat and whip her and how she used to make her sinister person for the mistakes she did not commit. In one part of the book she writes about lonely sailors who were throbbing of growth , in a black record notebook used in 1951 she writes how loneliness always vanquishes her and how she gets defeated by it,no matter how much hard she tries to overcome it and she writes how her silly mistakes makes people belittle her , how her mistakes make directors dislike her and she mentions about her drive with 60 Italian fisherman in a bus and how warm and friendly they were towards her, and how she wanted to go to Italy because of them. In Italian agenda book she elucidates her feelings towards Arthur Miller and she writes some personal details of the actor Peter Lawford. In a red live wire note book shortly used before her death she writes that all she wants to do is die.

Marilyn since beginning had nobody but herself. She had her beauty and her brains that could take enormous amount of pressure. in the notes we find that she attempts to fashion her body and sculpt her mind. She makes routines like everyone of us, we find that she is hard on herself. She wanted to create someone meritorious, someone stronger than her, she wanted to be a vogue of Hollywood, and until now she is. In this book there are letters as well written to Paula Strasberg, Lee and Dr.Greenson.

Marilyn Monroe came from poverty and became a big star in Hollywood. Her journey is very inspiring. She taught us what we could do with our own potential and what we could become with what God has given us. Her fierce ability to move forward when she felt insubstantial made me love her more. People say that she killed herself,but I really don`t agree with them because she was angel with limited time on earth.As her time was over she had to leave but really we can`t say that she is dead because she is more alive, she is still alive in her films, this book and in people hearts. I would really like to quote the funeral eulogy by Lee Strasberg from the book,because it takes someone to be really wonderful , nice and gentle person to inspire this much love… “Marilyn was a legend. In her own lifetime she created a myth of what a poor girl from a deprived background could attain. For the entire world she became a symbol of the eternal feminine. But I have no words to describe the myth and the legend. I did not know this Marilyn Monroe.
We gathered here today, knew only Marilyn-----a warm human being, impulsive and shy, sensitive and in fear of rejection, yet ever avid for life and reaching out for fulfillment. I will not insult the privacy of your memory of her— a privacy she sought and treasured by trying to describe her whom you knew to you who knew her. In our memories of her she remains alive, not only a shadow on a screen or a glamorous personality.
For us Marilyn was a devoted and loyal friend, a colleague constantly reaching for perfection. We shared her pain and difficulties and some of her joys. She was a member of our family. It is difficult to accept that her zest for life has been ended by this dreadful accident.

Despite the heights and brilliance she had attained on the screen, she was planning for the future: she was looking forward to participating in the many exciting things she planned. In her eyes and in mine her career was just beginning. The dream of her talent, which she had nurtured as a child, was not a mirage. When she first came to me I was amazed at the startling sensitivity which she possessed and which had remained fresh and undimmed, struggling to express itself despite the life to which she had been subjected. Others were as physically beautiful as she was, but there was obviously something more in her, something that people saw and recognized in her performances and with which they identified. She had a luminous quality--- combination of wistfulness, radiance, yearning--- to set her apart and yet make everyone wish to be part of it, to share in the childish naiveté which was at once so shy and yet so vibrant.
This quality was even more evident when she was on the stage. I am truly sorry that the public who loved her did not have the opportunity to see her as we did, in many of the roles that foreshadowed what she would have become. Without a doubt she would have been one of the really great actresses of the stage. Now it is all at an end. I hope that her death will stir sympathy and understanding for sensitive artist and woman who brought joy and pleasure to the world.
I cannot say goodbye. Marilyn never liked goodbyes, but in the peculiar way she had of turning around so that they faced reality--- I will say au revoir. For the country to which she has gone, we must all someday visit.
August 9, 1962 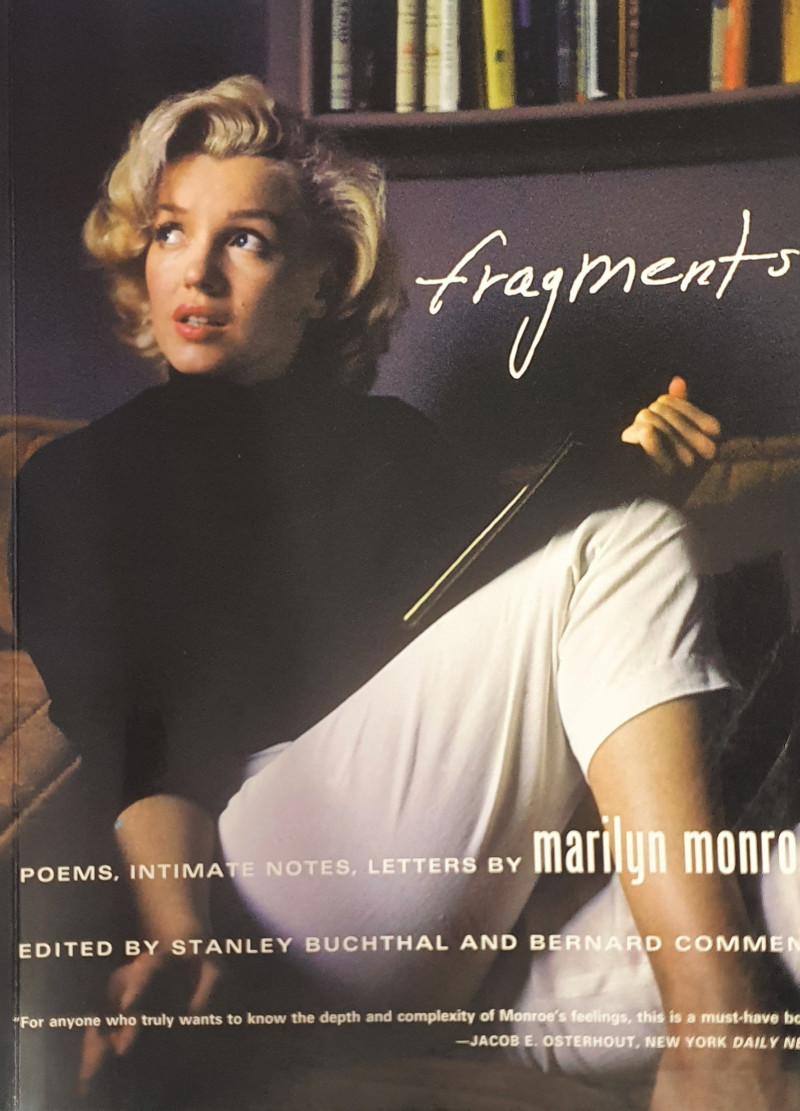 I cannot say goodbye.Marilyn never liked goodbyes, but in the peculiar way she had of turning around so that they faced reality--I will say au revoir.