A Killing At Dawn By Ted Kerasote (Review) | Teen Ink

A Killing At Dawn By Ted Kerasote (Review)

Favorite Quote:
"The most beautiful thing we can experience is the mysterious. It is the source of all true art and all science."

My Reaction to A Killing at Dawn:

My emotion reaction to this piece was positive. The story portrayed two very different creatures but both were very similar in their goals and reasons for their actions: to protect and help their offspring. This piece was emotional and depressing in some ways but it showed a truly beautiful moral. Life is harsh. In the piece the natural connection between pup and wolf, calf and elk shows a struggle on both sides to survive. The story builds up tension and anticipation for the twist at the end of which we (the reader) were dreadfully expecting the whole time. Some people might think of this ending as sad and depressing but for me it shows that a greater moral comes into place. The story reverberates our ancient purposes to survive and flourish. It tells us to live a life worth living. This is why I enjoyed the ending so much, not because of the overall ending and it’s sad tone but because of the thoughts we give to the piece after we finished reading it.

What I liked About A Killing at Dawn:

I enjoyed the balance of two very different creatures sharing a common but harsh purpose in life: to survive. The writing emitted tension and suspense throughout the piece and that helped foreshadow the future events to the reader. The story also gave us a chance to create our own meaning of it’s moral in the sad but meaningful ending of the story. Finally my favourite aspect of the story was it’s vivid imagery and the way you feel your there during the event.

What I disliked About A Killing at Dawn:

The only thing I disliked about A Killing at Dawn would be the over-use of descriptions. I felt like they sometimes went on too long and the story’s flow got interrupted by an unnecessary overuse of imagery to set a scene that was already previously set in other paragraphs.

The connections between the animals in the story and humanity, in the most simple way, were to protect our offspring. It showed that nature’s favour goes to no one and nothing and that the suffering is life itself. However depressing the connection is, it also opens a positive moral from the piece as it shows that life should be savoured and animals don’t have the complexity and intelligence that we have to enjoy everything around us. We are unique creatures living in a unique planet and we must savour every last moment and breath we take because just being alive and together as a race in the lonely, dark universe is a blessing that can surpass the sufferings in our life. 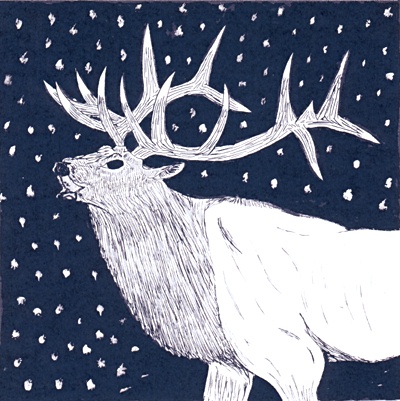