Life is short. Lives can be ended quickly. Lives are hard to come by.

They are our most treasured possessions.
Death surrounds us, everywhere we go. Disease, old age, accidents all conspire to steal away the shreds of existence that we cling to.
We live every day, aware yet refusing to acknowledge our own frailty.

Years, decades of hard work, untold experiences, happy times and sad times, all erased in an instant. Death is our most constant companion. Death is never far from reach. And yet we still deny, reject its presence.

Lives are difficult to manage. A little too much pressure here, a blocked artery there, and the human body is disabled permanently. A misplaced object and someone is gone forever.

Surrounded by its mortality, the human race tries to understand it all. 42 remains an unsatisfactory answer.

An old primal urge makes itself known. A virus flowing through the collective lifeblood of man. The specter that haunts humanity since the dawn of time. War.

One death creates shock, grief, mourning. Millions remain nothing more than numbers, cold uncaring statistics. Humanity does not, can not, will not comprehend. Man cannot understand the vastness of the suffering it inflicts upon itself.

Wherever mankind steps, war follows silently. Death and destruction follow in their wake. Oceans of blood, mountains of the dead remain as forgotten monuments.
A pale blue dot, so insignificantly small. A speck of dust in the endless desert of the universe. How many have died to rule it?

Heaven only repays man with death.

Every life flickers out like a dying spark. To the incomprehensibly old and large universe, humans live and die in an instant.

War runs through our blood, suffering flows through our veins. The anguished cries of untold masses of forgotten refugees is the mournful dirge of our people.

Our greatest achievements have been in the name of bloodshed. We tamed the power of the elements to burn cities from the face of this Earth. We mastered the air, the sky, to bomb our fellow man into dust.

Struggle and strife, spite and anger. The unceasing, unyielding need to exact punishment against others. Why must this be a driving force behind us? This need to hurt. This need to spread anguish.

In man’s quest for vengeance, in his quest for war, how many innocents have been trampled without thought?

From dust man was made, and to dust he shall return, reducing the world to a shattered husk in his wake. Two minutes to midnight. Two minutes to the end. The clock can only be turned back so far. Time will not and can not be denied, its inexorable march forward unstoppable.

This is the fate that awaits us. 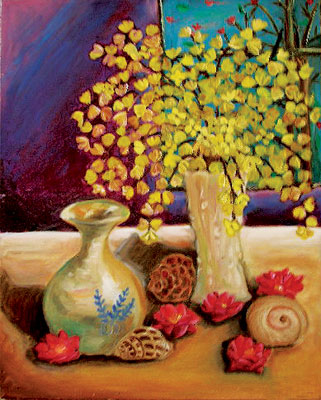