An Ode to Calculus | Teen Ink

An Ode to Calculus

Sitting in class, your eyes wide with wonder,
a pencil in hand, a wooden desk under,


Confused, you can’t seem to figure it out,
what was my teacher just talking about?


There’s numbers and numbers, lines, and more lines,
and square roots and tangents and negative signs,


There’s fractions and sine graphs and exponents, too, And cosines and inverses, what do you do?


Well, it’s simple, there’s a name for this crazy unknown, that sits on a pedestal, high on a throne,


Known as the kingpin, the master of math,
the highest of levels, on math’s great behalf,


Where the world of numbers evolves over time, where cosine can magically turn into sine,


And sine can magically change its own shape
into something called cosine - oh, just you wait!


There are mountains and mountains of tall shapes and squares, called ‘Riemann sums,’ stacked like a case of tall stairs,


There are minimums, maximums, points of inflection, all coming together in one great collection,


So what do we call this, this ‘world of math,’
where the rules are all crazy, the rules out of whack?


It’s a world of wonder, confusion, and law,
where mathematicians will stand back in awe,


It’s a beast, who evolved from the oldest abacus, and today, yes, today, we call it ‘Calculus.’


We’ll start with the theorems of value; there’s three, known each as intermediate, mean, and extreme.


The first one, the old intermediate theorem,
is easy, you really have no need to fear him.


Then for every value, represented by k,
a number called C shall come into play.


And C is every y value between
our original friends, old A and old B.


The second, whose name is defined by the mean, believes in a similar kind of a scene.


If [A,B] is not just continuous,
but differentiable also, (this task is so strenuous!)


And finally, sitting way last in the row,
is the old extreme value theorem, ergo:


Every continuous function contains
two values: one high, one low, none astray.


These y values are indeed, very special,
for they are as important as a gas pedal.


One is the highest, known as the max,
the other the lowest, the min, that’s a fact.


So those are our theorems, our wonderful friends,
who show us the the values of F from their lens.


Now, we move to a place of direction,
in which lie the creatures called ‘points of inflection.’


There points are a rare little part of the graph,
where the second derivative is broken in half.


See, on a graph, there are X’s, and Y’s,
And these points of inflection are quite dignified.


When the second derivative function of F, crosses the axis of X, like a clef,


It changes, the sign goes from minus to plus.
or plus back to minus, there isn’t a fuss.


But what does this tell us, why does it matter?
Does it matter if all the points randomly scatter?


These points of inflection are very important. Without them, Calculus would be abhorrent.


The points of inflection are good signals for
when the concavity of F, the function before,


Changes, from down to up, or instead,
from up to down, if it chooses, instead.


Concavity shows us how F moves around,
and where all of our answers might one day be found.


Concavity takes itself in different forms, becoming a crater, or even a norm.


Without this concavity, we’ll never see
if the graph of F will change, guaranteed.


So we thank our good friends, the points of inflection, who stand like the guards at a street’s intersection,


And tell us the change in F’s concavity, following math’s rules so compatibly.


Onto our journey, we meet the old limit,
who tells us how far we can stretch, or can pivot,


Our graph. These limits may be quite explicit, or, in the face of our function, prohibit.


As a function approaches a value in time,
the function may steady, or fall, or climb,


And if, from the other side of the function,
the value approaches the same single junction,


The value, the tiny, important small circle,
becomes the whole barrier, strong, like a turtle.


This value could almost be anything true, positive, negative, straight, or askew.


If all of these different conditions are met,
and everything goes with the plan, then no sweat,


Then there, you have a complete, perfect limit, without much a crack, or no certainty in it.


See, limits are kind of a crazy old bunch,
who stand from the norm like a man with a hunch.


Graphs may be scattered with long lines and dots, with lots of dots drawn across different spots.


There could be jumps, or even a break,
or a sky-pointing line that leaves graphs in a wake.


The limit could be just as big as all space,
or smaller and thinner than Earth’s finest lace.


No matter the function, whether cosine,or sine,
it’s limits that keep all the functions in line.


Out in the distance, do you see those large towers?
The ones with the giant line curved like a flower?


Well, we have a name for those great massive walls, ‘Riemann Sums,’ is the name they are called.


These sums serve a purpose that’s crucial to math, they can help to approximate a tough graph.


These approximations help measure the area,
which puts us out of our math-bred hysteria.


By taking the rectangles, left, or from right,
and scaling them down, and adding the height,


And finding the areas of all these high structures,
and adding them all in one beautiful juncture,


The function, which gave us so hard of a time, is finally solved and put into its prime.


But rectangles aren’t the only shape possible, a trapezoid structure is also plausible.


Instead of the simpler rectangle’s form,
the trapezoid is a bit hard to perform.

You take half the area, add the bases together,
and multiply the values, altogether.


For each separate trapezoid, this task is performed,
until all the trapezoids have come into form.

Finally, the area of the traps are all gathered,
and added together, their values all captured,

And form into one giant grandiose number
which makes the whole math problem finally go under.

So be thankful for the great, massive shapes that you see,
for they serve a great purpose for the Calculus marquis.


Another old formula bears its great face,
a face to chase values and functions displaced.


This formula goes by a more well-known name,
and is called ‘the chain rule’ by the Calculus gang.


The rule’s laws and needs are really quite simple,
we start with the function that stands alone, single.


Because there’s a function that’s hiding inside,
we’ll call that function ‘Sun’ and continue aside.


Eyeing the function that’s hiding inside,
we ‘blue-blob’ it, letting it’s importance slide,


Later, after deriving the first function is done, we multiply by the derivative of ‘Sun.’


See, ‘Sun’ serves a quite rather important purpose, after we work with the first, we need service.


This service is coming from ‘Sun’s’ old blue-blobbing,
where inside, he keeps the whole function from throbbing.


Inside of F, there are 2 functions present,
and this ‘chain rule’ allows us to derive these quite frequent.


From X^2 to root X to cosine of sine,
from sine of cosine to tangent of sine,


From the tangent of sine to the root of x^2,
the ‘chain rule’ can help us to stay well-prepared.


Without the whole ‘chain rule,’ the functions will fall, for we could not derivate functions at all!


So even though blue-blob can get quite annoying,
it’s purpose helps keeps these functions from imploding


In the last part of the Calculus world,
there lies one more formula, waiting to unfurl.


It’s known as the grand Fundamental Theorem,
and its important magnitude resonates fearsome.


Alone, it divides itself into two parts,
the first a big deal, and that’s where we’ll start.


Then that function, that whole interval [A,X],
is just equivalent to the old function of X.


The second part is just a little bit bigger, focusing on the function’s own ‘flipper.’


See, if some function F on the interval [A,B] is multiplied by dx, then it can be


That the function’s integral is equivalent to a very, very, very specific value.


That the values are same, the expressions are equal, and the function is no longer a massive steeple.


This theorem is crazy, it’s very important,
it helps to keep all of our hard problems shortened.


By knowing this theorem, and knowing it well, the world of Calculus is easier as well.


And mastering this theorem, understanding it all,
is the biggest obstacle that a student may call.


For once this theorem enters the mind of the student, the language of math is one more step to fluent.


So that is the end of our math-driven journey,
the end of an era, the gold of the tourney.


It’s been a great path, a great, complex road,
confusing, but we’ve helped to crack the hard code.


We’ve explored all the numbers, the values, the means, the means and extremes, extremes and the seams


Of the grandiose, complex world called math,
which drives all the many upon it’s long path.


For the world of Calculus is long, and it’s hard,
and the hard of the math is what gives it regard,


So the next time you see a skyscraper or two,
or a large boat sailing on the ocean blue,


Remember the math, the theorems, the greats,
for the grand, crazy Calculus world awaits. 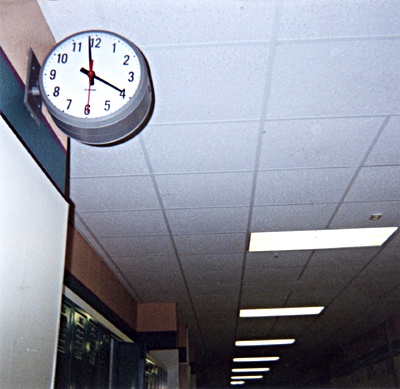 So this was my final project for my AP Calculus class my senior year. My teacher told me he had never had a student write a poem about calculus before, so I figured, why not give it a shot?