Favorite Quote:
"to live is gain, to die is Christ."

For decades baseball has remained Americas favorite pastime with players like: Babe
Ruth, Joe DiMaggio, Yogi Berra, Ty Cobb, and modern players like: Sammy Sosa, Andre Dawson, Albert Pujols, Josh Hamilton, Mike Trout, all great players, but think about something, every year baseball loses more and more popularity. Some say it’s a boring sport and for some people that may be true, but as for loyal baseball fans they will never leave this sport. Football hasn’t had the black sox scandal, Ruth’s called shot, or the Shot heard ‘round the world, stuff like that doesn’t happen in football or basketball. The reason baseball is “losing popularity” is because one: the ball is very small so it is much harder to see it, two: most of the season is in the dead of summer so most people are outside or on vacation three: there are only about 5-6 hits a game. Now as a new generation of Americans are wanting more fast pace games and technology. But as that generation grows old they will then respect baseball and it’s many memories. As long as people remember that baseball will never die. 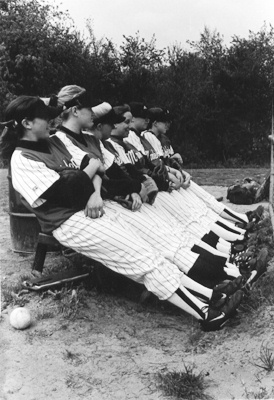 The author's comments:
i love all sports and play some but baseball is by far the best and it inspired me to write this.
Post a comment
Submit your own