Favorite Quote:
"Differences of habit and language are nothing at all if our aims are identical and our hearts are one."
~JK Rowling

As I was looking at the make-up and hair products in my house recently, I noticed that a majority of the products I owned were “safety tested.” Just as I was feeling grateful that they were safe, I wondered, what does “safety tested” actually mean? It means the unnecessary death of over 100 million animals in the United States and the suffering of millions while they endure painful and life-altering tests for our “safety.” Although animal experimentation can save human lives, its general practices are unethical and inhumane; practiced through cruel experiments that can result in inconsistent data between species and can produce more accurate results with alternative methods that lessen the pain of animals. Many cosmetic and drug companies pay to have animals undergo tests for product safety regulations mandated by the FDA (Federal Drug Administration), which, unfortunately, most often results in death or permanent damage to the animal’s physiological structure. These tests may also produce results that can vary between species, or result in harm to humans. The only way we can avoid making these innocent animals suffer is to practice alternative methods by reducing the number of unnecessarily harmful experiments performed on animals and the number of animals used in vital experiments.

Animal experimentation is unethical because scientists perform horrifying experiments on animals that are often collected through inhumane practices. According to Pat Thomas’s essay in Animal Experimentation, a study was conducted to tests drugs on osteoarthritis. In order to mimic human lameness, scientists subjected dogs, cats, sheep, and pigs to beating limbs with hammers, dislocating joints, injecting them with irritating liquids, and forcing them to experience ionizing radiation. This harsh treatment of the animals is horrifying and cruel; what have these innocent animals done to deserve their tragic fate? Many companies rely on animals to test their product, and obtain them in brutal or misleading ways. “Animal Friends Croatia” states that dogs and cats used for experiments are attained through breeding companies, animal shelters, and pounds. They also use “bunchers” who collect strays, purchase litters, use false advertising, and/or trap or steal animals to receive their pay from laboratories and other testing facilities. Despite the government attempting to keep records of the numbers of animals used in all experiments, this data is insufficient to trace the number of animals tested across the country. Animals Friends Croatia states that “The Animal Welfare Act requires laboratories to report the numbers of animals used in experiments, but the act does not cover mice, rats, [reptiles], and birds (used in some 80 to 90 percent of all experiments).” This means that millions of animals are undocumented in experiments across the nation, and can be obtained in large amounts for experiments on drugs and products without federal regulation. Some of the companies using these animals include March of Dimes and NASA. In Tony Romm’s article, “NASA’s Monkey Radiation Experiment for Mars Faces Animal-Cruelty Complaints,” he reveals that NASA had been subjecting spider-eye monkeys to radiation to test the effects of deep-space travel on humans. Regarding this same experiment, Rich Calder, a journalist for the New York Post, said that “the monkeys [used in the experiment] will not be killed, but could require lengthy medical care following the study.” It might have been better for the animals to be killed from the experiment instead of suffering long-term debilitating effects of the radiation tests. Supporters of animal experimentation insist that it is necessary to prevent harm and/or death from occurring to individuals; however, animals are put through appalling and merciless tests on products that may not produce the same results when applied to humans.

Results obtained from experiments on animals are often inconsistent between species and can cause devastating harm to humans, showing that animals are insufficient test subjects for human products. First, animals cannot express how a product being tested is affecting them. Scientists are unable to collect information about side effects because animals cannot speak to us about side effects they are facing and are therefore not understood. As a result, scientists must require them to endure tests that physically harm them in order for the experimenters to see the results of their investigation. In her article, “Animal Experimentation Hampers Medical Research,” Pat Thomas states: “Many of the most common side effects of drugs cannot be predicted by animal tests. Animals, for instance, cannot let the experimenter know if they are suffering from headache, amnesia, nausea, depression, and other psychological disturbances.” Second, it is well-known that animal bodies are not similar to human bodies. Humans have different molecular structures, organs, fluid levels, and chemical compositions than animals do; so why are we performing tests on animals? If a product causes harm or avoidable side effects on humans that is not predicted during animal testing, maybe the product is being tested for animal, not human, characteristics. Paul Taylor, a journalist for Toronto, Canada’s Globe and Mail, states: “Still, it’s important to remember that many experimental treatments have produced wondrous results in animal studies, only to fall flat in human trials.” Inversely, a product that may work well on a dog may not work the same on a human. For example, if a human ingests an arthritis pill meant for a dog, it may cause harmful side effects for the human. Due to overwhelming evidence of animal suffering, alternative methods must be found to replace and reduce the number of torturous experiments on animals across the country.

Millions of animals can be saved from pointless pain and death from experiments each year by implementing alternative methods in classrooms and laboratories across the country. Carol Howard is working for the Johns Hopkins Center for Alternatives to Animal Testing to teach companies and laboratories about the Three R’s, a modern method to end animal experimentation. According to her viewpoint published in Animal Experimentation, the Three R’s are as follows: replacement, reduction, and refinement. Replacement is replacing animals with alternative methods such as mannequins, mechanical beings, human cells, etc. Reduction is reducing the number of animals used in experiments to a minimum. And finally, refinement is changing experimentation techniques to reduce pain, stress, injury, permanent damage, and/or death on the animals. Lauran Neergaard of the Associated Press has learned that the U.S. National Institute of Health and the Environmental Protection Agency are collaborating together to incorporate machines into their experiments. They realized that machinery is more cost-efficient and provides more accurate results that when tests were performed on animals. The NIH director, Elias Zerhouni, knows that “you cannot abandon animal testing overnight.” However, the beginning to ending animal experimentation begins with education. Preventing the need for testing on harmful drugs can even begin with leading healthy lifestyles and practicing healthy habits. The elimination of preventable causes can reduce the number of “safety tested” drugs available on the market and ultimately save humans and animals from future harm.

If it is widely believed that animal experimentation is unethical, if it has the capability to harm humans through its unpredictability and inconsistency between species, and if it can be replaced by alternative methods, then it is unnecessary to test products or drugs using animal experimentation. Now I realize that the hair and make-up merchandise that I own was bought at a price. Not only was it bought at a department store, it was paid for by the lives of animals who “sacrificed” themselves so that I could have frizz-free hair or longer lashes. 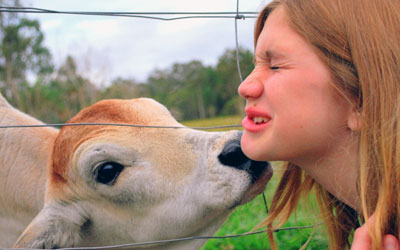 The author's comments:
This essay was the subject for my Junior Speech, which involved arguing a certain side in a controversial topic.
Post a comment
Submit your own

Favorite Quote:
"Differences of habit and language are nothing at all if our aims are identical and our hearts are one."
~JK Rowling

in your second paragraph you mention that people go and steal animals for scientific research, this sounds like the bodystealing trade.

i find both subjects both horrifying and facinating with the animals it's the pain and suffering they go through but with the bodystealing it was the familys who felt the emotional pain.

it seems that this generation and others after and before us should look at the accidents of history to possibly fix the future.

and i must say that this is a very good article and very well thought out i hope to see others of your work. Keep writing!!!

Kelly-In-Wonderland GOLD said...
on May. 26 2011 at 7:13 pm
Kelly-In-Wonderland GOLD, Westfield, New Jersey
12 articles 0 photos 43 comments
View profile
This issue is an important one to me. We are currently running an article on this controversy in our school newspaper. There are plenty of creulty-free cosmetics out there, yet teens hardly bother finding them.