Favorite Quote:
Divine help me, I'm An Athenian In a school of Spartans!

The war in the middle east is, as all of you know, a very controversial idea. On one side, we have the wars supporters, the peace activists, the old and decaying hippie culture, anarchists, and, well, you get the idea. Then there are the the people for the war, the certain members of government, people who don’t like hippies who support the war just to spite them, etc.

Then there are the people who don’t support the war, but do support the women and men fighting it. I cannot begin to imagine the horrible sights and terrors that they have seen and all the hardships they have had to endure, but still those who think that the war and the bureaucracy is the problem, you are wrong.

The main problem is the nut jobs who flew plains into the world trade centers in 2001. Those who think other wise need to reexamine the situation. If you are disillusioned enough to think, for even a moment, that they wont come back and destroy another building, you are wrong in so many ways I cannot begin to count.

For those who are muslim, and are insulted by what I say, do not be. I speak out not against you but the strange off shoot of your religion known as Al Qaida. The end of this off shoot must come soon. All the peoples of this world, who would be subjected to in humane things, Women, Jews, Christians, Wiccan, Buddhists, Hindus,The Americans,The British, The French, The Russians, The Iraqi, The Chinese, The Japanese, anyone who is not part of the same belief system as they are, needs to be killed. It’s WW II all over again. Al Qaida is the Nazi party, and Bin Laden, is Hitler. Such is the way of the world, And once again history repeats itself. 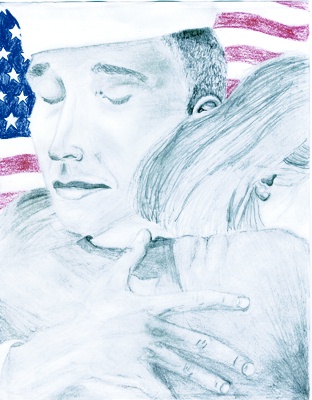