Living in Utah, as I do, I'm surrounded by the issue of illegal immigration, and the headache the complaints give me. Even though it might seem so in the following article, i am not racist. I love the Melting Pot of the World idea for the United States.
But when my world has to be half Spanish, even though my ancestry is Norwegian, and I'm constantly having to hear about the "Mexicans taking all the jobs", that's when i have something to say.

I propose the following plan:

It should be required that all persons living legally in the United States should speak English.

Three reasons why this plan would be beneficial, and why it makes sense:

1. Requiring English as a second language would cause all illegal immigrants to be fairly obvious, and so would make catching them fairly easy. Also, it would discourage any crossing of the Mexican border into Texas or California or New Mexico.

2. English, they say, is one of the hardest languages to speak. Where most people can learn Spanish in the four years of high school, it takes public schools at least a decade to properly teach English to children. This plan would slow the immigration rates as the foreigners learn English.

Please, let me hear your thoughts on this. And let me tell you again, I am not being intentionally racist. 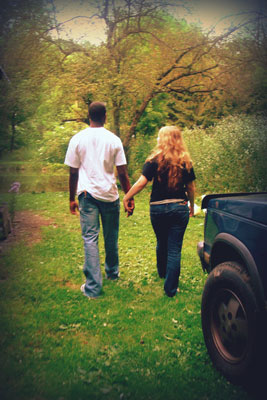 The author's comments:
This is something just off the top of my brain that would help the United States if it were passed... although, it might anger a country or two.
Post a comment
Submit your own

Favorite Quote:
"God hath not given me a spirit of fear, but that of power, love, and of a sound mind."

I have been very subjective toward Spanish, but only because it is the second most prominent language in the U.S. My plan was for any immigrants to learn English; not just Spanish speaking peoples.

Sorry to sound so heartless, but i think it would keep things simpler while still allowing room for differences.

View profile
I know your not trying to be racist but the fact is many people would take it personally. My dad came to the United states illegally about 18 years ago, and even though he is now an American citizen he still has trouble speaking english. I also think you are only adressing the Hispanic culture when you are talking about soanish, how about all the other people that speak a differennt langurage..like norwegians.
1ClassicLady1 SILVER said...
on Oct. 3 2010 at 10:03 pm
1ClassicLady1 SILVER, Mona, Utah
6 articles 0 photos 37 comments

View profile
I wasn't meaning to outlaw any other language. Just to keep things basic, having English as a universal language as well as allowing them their own language... you know? It wouldn't be illegal or them to know spanish if they knew english as well.
writer-in-pearls GOLD said...
on Oct. 3 2010 at 2:39 am
writer-in-pearls GOLD, San Diego, California
10 articles 0 photos 42 comments
View profile
While I believe that you don't mean to be racist, you logic is flawed. Illegal immigrants could learn English just as easily as legal immigrants. Also, would speaking Spanish become illegal? What about speaking italian, french, arabic, portuguese etc?
Lilliterra said...
on Sep. 27 2010 at 7:02 pm

I'm not on a debate team right now, but maybe I should join one. :)

Would you mind reading my article, titled, "What Darwin Didn't Know"?

View profile
You've got a really good way of bringing up arguments. Are you on a debate team or something? Thanks so much for going full out on commenting! It's fun!!!
1ClassicLady1 SILVER said...
on Sep. 26 2010 at 11:05 pm
1ClassicLady1 SILVER, Mona, Utah
6 articles 0 photos 37 comments

"Unable are the loved to die, for love is immortality" ~Emily Dickinson

"The deeper that sorrow carves into your being, the more joy you can contain"
~Kahlil Gibran

View profile
I know you're not being racist, my friend. Logically, you are reasonable and sensible. You bring up many good points. Emotionally, you are lacking in sympathy and somewhat biased. One out of two is not all that bad. Good article.
Lilliterra said...
on Sep. 25 2010 at 6:44 pm

While I agree with your premise, I disagree on a few things: One: While English is certainly one of the hardest languages to learn, most  children can speak it as well after grade three as most High School students can speak spanish after all four years of studying it. Our study of Eglish in school is much more in-depth than our study of Spanish.

Two: The second language we learn to get into college does not have to be Spanish. It is simply the second most common language in the United States, and therefore most useful to us.

Three: Learning a second language is very useful to one's understanding of how language in general, even English, is put together. I can see why this would be required for College even if it has no bearing at all on your job.