What is Fault? | Teen Ink

Fault is something we blame on people when they make bad decisions based on bad judgment or ignorance. When someone makes a mistake, its considered their fault.

But our discussions are based on the influences around us and the tools we are given. As a child I often blamed my mother for everything bad I did because 'It's her fault I was born'. This continued to me blaming her mom, and her mom, etc. Hell, we could go all the way back to single cellular organisms.

Making a cognitive decision isn't based on how good or bad you are. Everything we do is to survive, in a primitive sense. Most decisions are meant with the best intentions.

When fault is given to people making bad decisions based on inattention should also be given to the thing distracting them.

A child born in a poor neighborhood to poor (economically, and ignorant) parents is more likely to make poor decisions in life. And there are consequences for that. We would put fault on such a person, yet it really was the fault of the bad influences in their life.

In a sense, bad decisions are everyone else's fault but the person making them. Although certain responsibility is required from each person, every decision made is influenced by others and their decisions.

So does fault even exist? That is basically asking the same question if our decisions are reality or part of fate. Even if we did have choice in our decisions, they are influenced by everything around us. Probably not.

If the fault is thrown around like it theoretically is, then we are all at fault equally. Or very close to equal. And the things we are at fault for are not our decisions or based on all the choices we made. Not just the mistakes. 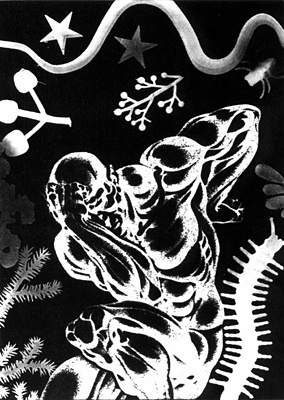 The author's comments:
This piece was built off of my thoughts on human nature and philosophy. It was inspired by getting into a fight with my mom.
Post a comment
Submit your own