Throughout time different sorts of governments have been formed to improve the well- being of their citizens. When starting a government, the creators must have basic rules and regulations to keep order over their citizens. Without law there would be no one to control the actions of the citizens. But how harsh does the punishment have to be to prevent future crime? From Arthur Miller’s The Crucible, the Puritans believed in punishing the criminal in public through shame. A goal of any punishment should be that the people learn not to repeat their mistake; however, they must never be punished by embarrassment. If the consequences should not humiliate the criminals then what is the role of punishment in society?

Rules of a society are important because they keep others safe. When laws are broken, the rule-breakers have put their fellow citizens in harm’s way. Something like speeding would be punished by a fine; whereas, murder could be years in prison. The reason governments have different punishments for different crimes are because people should be punished fairly. Locking people up who commit minor violations, like speeding, would not provide protection. The same is true for public humiliation; it does not protect other people.
Protecting the general public can start by rehabilitating the criminal. When one helps or rehabilitates a criminal he or she will serve their society better by preventing repeat offenders. When you expose a person to public humiliation they do not get better. In The Crucible, the main character, John Proctor, is charged with doing witchcraft. The townspeople know about this and that in turn makes John Proctor feel isolated from the rest of Salem. After feeling like no one had his back, he agreed to lie to save his life. Luckily, Elizabeth Proctor came and consoled him about his decision, ultimately Elizabeth’s talk lead John Proctor to do the good thing and die a good man. John Proctor felt like he was not a part of anything, and to him breaking the law did not seem as wrong as it once was. Proctor needed help from someone with insight on his problem. A simple talk resolved all of Proctor’s demons, while embarrassing him solved nothing.

The opposing side would like people to believe this would embarrass criminals with the crime they committed, and this would make them stop. Many new punishments are being created all around the country, like having drunk drivers carry around a key chain with a picture of the person they had killed. In The Crucible, by Arthur Miller, the Puritans of Salem would lock people in stocks if they committed crimes. People could come by and throw rotten food at them. Both punishments may have been deserved; someone who killed a person or stole will not get much sympathy with many people around the country. In the eye of a Puritan, sinners were worthless and their souls probably could never be salvaged. What the Puritans and people today are forgetting is it does not matter if you do not like the person being accused or what stigma that crime has in society. For example, a law that required rapist to be raped would be ludicrous. In the same sense, punishing a drunk driver could easily be handled by simple things like a breathalyzer door opener, or to revoke their license. Some people are not fazed by embarrassment and if the people feel the criminal has not learned their lesson then they can lengthen their jail sentence. It will do the community more good and it can even help the criminal.

What happens when the rules are broken? If you believe that people who break the law should have a sufficient sentence and never be subjected to humiliation then contact your senators and congressmen. Tell them to continue with harsher punishment, before you publically ridicule them. People deserve punishment that is fair. The government’s duty is protect its citizens without unjust retribution. 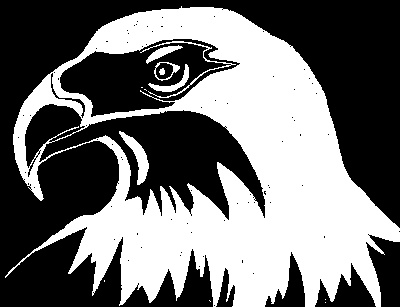