Social Media , the most commonly used word in this gen. It’s not a bad thing, if you have proper control over using it.
(Btw , its not overusing , those are separate words over — — using)

Don’t know whether you are addicted to it ?

Imagine yourself reading somewhere that social media is addicting , it’s dangerous, you have to quit using it or maybe you got inspired by some youtuber who quit social media , and you feel like this:👇🏻

this is how it actually is , whenever you keep yourself a goal like i won’t use social media for a month , you will keep on reducing that time you won’t use it by making incredible absurd excuses, this shows that you are addicted to it .

But if you feel like you can control it and can do it , you are safe buddy , you are not addicted.

Cause watching YouTube videos on how to quit social media, and why to quit again and again won’t help knowing that youtube itself is a social media app in some cases .

But still using social media in good ways is not bad , good ways in the sense you can use it to publish your works , capture your memories , and that’s what it was made for , don’t misuse it and get addicted to it , and watching memes aren’t bad , if you don’t have exams coming up soon , don’t spend too much time on such things , you can use ’em whenever you want , but exams aren’t like that. 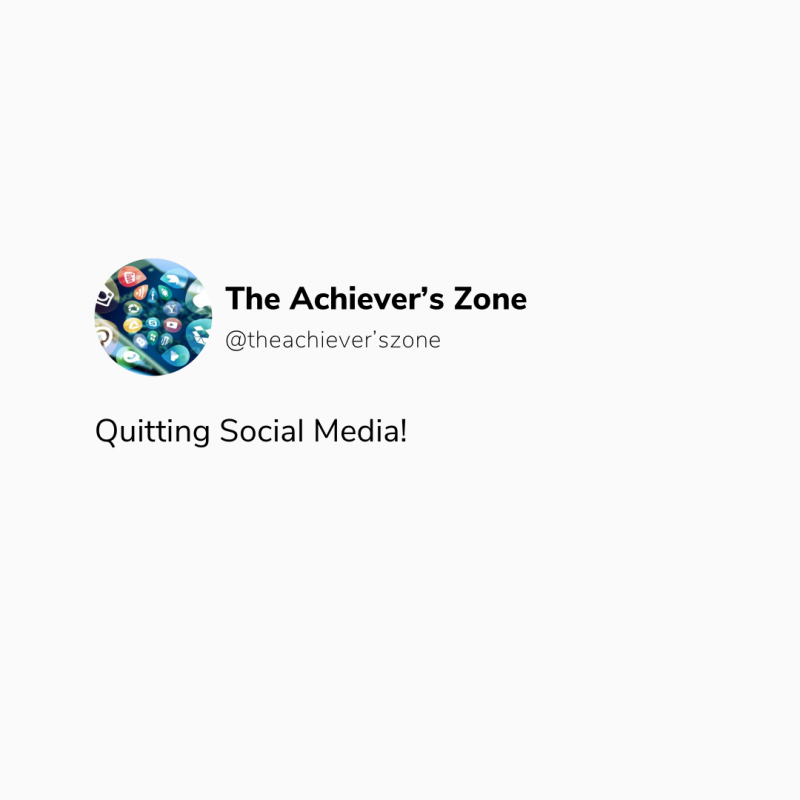 Favorite Quote:
My personal favorite quote would have to be; "Don't judge a book by its cover."

View profile
I like your opinion and agree with it