Something Old, Something New | Teen Ink

Old Movies: Though often cheesy and sappy, old movies will usually teach lessons and provide with an inspiring and/or fun story for the viewers. Always starring the most beautiful female actresses of the time as well as the most handsome male actors, they always provide with a lovely cast (though sometimes not with the best acting).

New Movies: Lots of excitement and often fears with this young 'uns. Normally featuring guns, drugs, and adult language and content, these movies are for the young rebels out looking tough. Most of the movies rated PG-13 now should probably be rated R. It's not appropriate to be watching what lots of kids my age do. But, they always come through with dirty humor and can never leave out two or three sex symbols of both genders.

New Music: Always having a hard bass and definitive beat, this music is mostly just fun to dance and get down to. Often the people who listen to this music just have it on and like it because that's the music they're supposed to listen to. That's what their friends listen to, and they are too stubborn to accept any other music, simply blowing it off. But, it does always provide plenty of drugs, adult content, foul language, and heartthrobs! Many bands in this industry were discovered (and have fans) because they are good looking and can sing decently.

Old Music: Covering wide varieties of emotion and sound, old music is fit for everyone. There is so much out there to explore, jazz, rock, ragtime, reggae. But, it is not always as innocent as it seems. The Beatles may have wanted to hold your hand, but they also had a Hard Day's Night. (Beatles fans will get it...) Older rock music often has references to drugs and sex (but much less direct than newer music). Old music also had pride, they cared aobut what they sang and sounded like. Old music has talent, the members actually play instruments and didn't need computers to make them sound better. Old music has emotion as well. 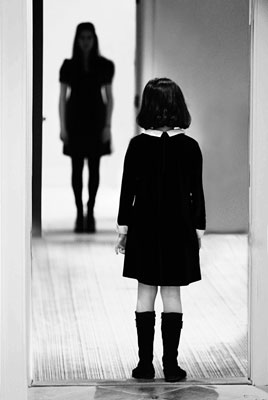 I really hate it when people pick on my taste in music and movies. They can insult me all they want but they will not insult my music and movies!!! Hardly any people in  my school know half of the music and movies I love and it's sad. If you like the newer stuff, okay. But, be open minded when given the chance to listen to and watch older stuff. I also don't think that new stuff is all bad... there are good new movies and music, it's just rare. (We all know how terrible Percy Jackson was, please read the book)

Favorite Quote:
"when the power of love overcomes the love of power the world will know peace."

Favorite Quote:
Make your own lines, and color outside of them.