Is "The Silence of the Lambs" Transphobic? | Teen Ink

Is "The Silence of the Lambs" Transphobic?

“The Silence of the Lambs” is a novel by Thomas Harris, originally published in 1988. It is the sequel to Harris' 1981 novel “Red Dragon” and the second book by Harris featuring the cannibalistic serial killer and brilliant psychiatrist, Dr. Hannibal Lecter. Although it was first released as a book, “Silence” is best known for its 1991 film adaptation directed by Jonathan Demme and starring Jodie Foster, Anthony Hopkins, Scott Glenn, and Ted Levine. This film was the third ever to win Academy Awards in all of the top five categories. It is also the first Best Picture winner considered to be a horror film, and the second horror film to be nominated in that category, after “The Exorcist” in 1973. The National Film Registry selected “The Silence of the Lambs” to be preserved in its collection in 2011, stating that it is "culturally, historically and/or aesthetically" significant.


The plot of the novel and movie is that a young FBI trainee named Clarice Starling is put on a case to catch Buffalo Bill. “Buffalo Bill” is the name that the FBI has given to a serial killer who has been murdering and skinning young, overweight women. In an attempt to acquire insight into the twisted mind of a killer, Clarice Starling begins to visit former psychiatrist and cannibal, Hannibal Lecter, in prison. It is discovered that Hannibal Lecter had ties to Buffalo Bill prior to his incarceration. Thus Staling attempts to learn information about Buffalo Bill’s true identity through her conversations with Lecter. The two form a “quid pro quo” relationship: if Starling tells Lecter about her traumatic childhood, he gives her information on Buffalo Bill. It is revealed that Buffalo Bill wants to become a woman, but his applications for sex reassignment surgery were declined, so he kidnaps overweight women, starves them for several days, then kills them and skins them, sewing their skins together into a “woman suit.”


When the movie adaptation of “Silence” came out in 1991, some LGBT advocacy groups condemned the film. The Gay and Lesbian Alliance Against Defamation (GLAAD) was one such group, putting out a press release decrying “Silence.” These groups believed that “Silence” perpetuated negative stereotypes about transgender people, due to the fact that the main antagonist was a psychotic killer who wants to become a woman.


I do not agree with GLAAD’s take on this film, or the book for that matter. This essay is an attempt to refute the claim that homophobia and transphobia are present in “The Silence of the Lambs.”


It is understandable that some people would think that Buffalo Bill, real name Jame Gumb, is a negative portrayal or stereotype of homosexuals or transsexuals. In part of the character’s backstory, he murdered his male lover, Benjamin Raspail, and put his decapitated head in a jar. In the novel, Gumb murders Raspail’s new lover, Klaus, and flays him. Either way, having a male partner suggests that Jame Gumb/Buffalo Bill is gay. It is also somewhat implied that Gumb may have been in a relationship with his first victim, Frederica Bimmel, which indicates bisexuality. Both the novel and film firmly establish that Gumb is obsessed with becoming a woman, but his applications for sex reassignments surgery were all declined due to his extreme mental disturbances. Gumb’s only companion is a toy poodle named Precious. One iconic scene features Gumb applying makeup, muttering “Would you f*** me?” and then dancing around wrapped in a blanket with his penis tucked between his legs. GLAAD cited most of these character traits in their press release: “…a character who is described in the movie as having killed his male lover, and who speaks with an affected voice, wears makeup, cross dresses, and has a poodle named 'Precious,' will be seen by viewers as a negative gay stereotype.”


Both the book and movie make statements that Jame Gumb/Buffalo Bill is not really a transsexual, but merely believes himself to be. In the movie, Dr. Lecter says to Clarice Starling, in reference to Buffalo Bill: “Our Billy wasn't born a criminal, Clarice. He was made one through years of systematic abuse. Billy hates his own identity, you see, and he thinks that makes him a transsexual. But his pathology is a thousand times more savage and more terrifying.” Prior to him saying that, Clarice Starling even states, “There's no correlation in the literature between transsexualism and violence, transsexuals are very passive.” Jame Gumb’s backstory, omitted from the movie but included in the book, reveals details of horrific child abuse endured by Gumb from his foster parents after his mother abandoned him. This abuse, coupled with preexisting mental problems, caused Jame Gumb to become psychotic. The book also further suggests that Jame Gumb is not genuinely gay. According to Lecter’s recollection of a therapy session he had with Gumb’s former lover, Benjamin Raspail, Raspail reported, “Jame is not really gay, you know, it’s just something he picked up in jail. He’s not anything, really, just a sort of total lack that he wants to fill.”


The book especially, but also several parts of the movie, expose that Jame Gumb hates himself, and desires change, which inspires his obsession with moths. He breeds Death’s-head Hawkmoths in his basement, frequently observing them. He also inserts a moth chrysalis into the throat of each of his victims post mortem. Dr. Lecter explains the obsession well in the movie: “The significance of the moth is change. Caterpillar into chrysalis or pupa. From thence into beauty. Our Billy wants to change too.” Lecter spends the majority of the movie subtly expressing Jame Gumb/Buffalo Bill’s intense self-loathing and desire for complete metamorphosis, rather than transsexualism. One particular dialogue Lecter has with Clarice Starling is exemplary of this:

Lecter: First principles, Clarice. Simplicity. Read Marcus Aurelius. Of each particular thing, ask: 'What is it in itself, what is its nature?' What does he do, this man you seek?


Lecter: No, that is incidental. What is the first and principal thing he does, what needs does he serve by killing?


Lecter: No! He covets. That is his nature. And how do we begin to covet, Clarice? Do we seek out things to covet? Make an effort to answer now.


Lecter: No. We begin by coveting what we see every day. Don't you feel eyes moving over your body, Clarice? And don't your eyes seek out the things you want?


Another trait of Jame Gumb, which is omitted from the movie but included in the novel, is his infatuation with his mother. Despite the fact that his mother abandoned him, Jame Gumb feels an attachment to her, even love towards her. The novel depicts scenes of Jame Gumb watching a video of his mother participating in a beauty pageant. He ritualistically watches the video, rewinding and re-watching certain parts again and again. Gumb speaks to his dog, Precious, throughout the viewing, saying things like, “Here she comes!” when his mother enters and “Look, Precious, Mommy is so beautiful!” When the video ends, he says directly to Precious, “Oh, Precious, Mommy is going to be so beautiful!” referring to himself as “Mommy.” This scene implies that Jame Gumb may want to become his own mother.


Overall, “The Silence of the Lambs” very clearly expresses that Jame Gumb is not a genuine transsexual. Gumb is a psychotic character who believes that he must undergo a transformation to make him completely unlike his current self, and that transformation, in his mind, is from male to female.


It is understandable that GLAAD had some concern about “Silence,” since the American public was not highly educated on transsexuality at the time the film was released, and could have developed misconceptions about transgender people or transsexuals. The mistake that GLAAD, and others, have made, is believing that “Silence” is portraying a transsexual character. In reality, “Silence” portrays an incredibly unfortunate case of a damaged individual’s tragic life, psychosis, and eventual demise. 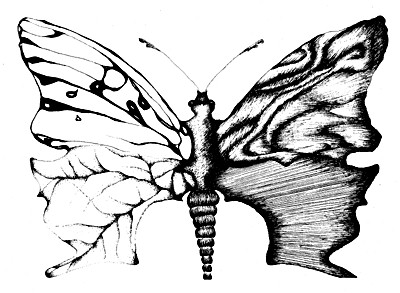 The author's comments:
HUGE SPOILER ALERT!
This is an essay I wrote addressing claims of anti-gay and anti-trans elements supposedly present in "The Silence of the Lambs." I care a lot about this because I am an LGBT advocate and "Silence" is my favorite film.
Post a comment
Submit your own

bibblieboo said...
on Oct. 22 2016 at 7:35 pm
Plus Gumb is based on an actual person, Ed Gein. You can't be making something up as a stereotype if it's based on a real person