“WHERE YOUR TREASURE IS, THERE
WILL BE YOUR HEART ALSO!.."

“Neither shall live while the other survives!”- The Harry Potter saga is soon reaching its end. With the books completed and the 1st part of the DEATHLY HALLOWS movie released, we potter maniacs are left wondering whether we will actually have anything live for any more! Might sound funny and stupid to the mundane muggles, but we potter freaks know THEIR level of imagination and brains, don’t we?


Maybe the world will come to an end before the stipulated date of December 21st, 2012? Probably it will decide upon its self destruction by July, 2011? To get into an optimistic note, maybe some good soul will probably let the moron of an author J.K.Rowling (yes…the goddamned dumbass who created the magical world of Hogwarts for us, then decide to kill almost every adorable being in it and let our all time hero get married to someone as dumb as Ginny Weasley!) know that she can continue the story with James, Lilly and Albus Severus Potter! I mean…she can’t leave us hanging mid air? Where is the humanity woman??! Or if the nut head refuses to do something of that sort, then we could create a harry potter social networking site where all the fans can come together and pool in their ideas, crossing the realms of the limited muggle imagination and create history by continuing the legendary saga so that the next generation will realize the value, culture, knowledge and the expectations of us “potter ppl.” We could have “Potter Watch” shows, just as mentioned in the 7th edition of our hero’s world. Maybe… maybe… some day, they’ll actually continue the story….no, not a story…they’ll let a whole new world thrive after it has achieved its glory…. Maybe!?


Come what may, you and I and this whole world filled with expectant Hogwarts students, will never forget prominent names such as, Godric Gryffindor, Rowena Ravenclaw, Helga Huffelpuff, Salazar Slytherin, Albus Dumbledore, Severus Snape, Minerva McGonagall, James and Lilly Potter, Sirius Black, Remus Lupin, Harry Potter, Ron Weasley, Hermione Granger and of course, Voldemort himself! (yes, I know he is the bad guy…but he was powerful too…can’t deny that can you?) these names will stay along with us as long as we live- they shall live and accompany us in all our good and bad times. The seven books, the many lives, the creatures and the humans will all remain safe locked up in our hearts! We shed tears as this epic tale bids adieu to us, but let us remember that the whole period was an experience of a lifetime that has left us, a bit scarred, but yet happy! May our wishes, dreams and belief in this ethereal world reign forever! We love you Harry Potter, we love you Hogwarts and though we don’t need to mention it (and even after certain unfair acts of yours… :@) we love you the most J.K.Rowling! ??? 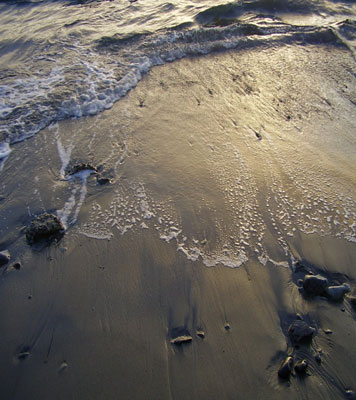 Favorite Quote:
If wishes where fishes then the oceans would be full...

View profile
All I want is The Marauders, and to know which house Albus Severus got sorted into...oh and for Minerva and Albus to be a couple ;)
yogita GOLD said...
on Mar. 8 2011 at 11:00 am
yogita GOLD, Chennai, Other
11 articles 0 photos 6 comments