“Inside Llewyn Davis” and “Soul”: Protagonists we Hate to Love & Love to Hate | Teen Ink

“Inside Llewyn Davis” and “Soul”: Protagonists we Hate to Love & Love to Hate

“Inside Llewyn Davis”, released in 2013 and directed by the Coen brothers, is a masterful character study of a folk musician struggling not only with his music career but his relationships, financial situation and many other hardships against the backdrop of 1960s Greenwich Village. “Soul”, released in 2020 and directed by Pete Docter, follows a middle school teacher whose body is separated from his soul and the latter travels to the Great Beyond where he enlists the help of another soul - called 22 - to get back to Earth. While at first these might not sound like similar films, they are connected through their protagonists relentless, undying love for music and their never-ending battle to succeed in the industry. Both characters, because of this ongoing fight, also come across as quite unlikable. After I first saw “Inside Llewyn Davis” and read some reviews and audience opinions, I was struck by how many people disliked the movie because of the title character. While he is indeed hateful and mean-spirited at times - and certainly the worst out of the two (keeping in mind that the other protagonist is from a kid’s movie) - I still could not help but root for him. Seeing “Soul”, reminded me of the Coen brothers’ anti-hero and made me interested as to why we root, or are at least compelled to watch, protagonists who are unlikable.

On the one hand, we have Llewyn Davis. He loses his friends’ cat, sleeps with his friend’s wife, leaves an unconscious man stranded in his car, heckles performers, always has (usually rude) comebacks for everything and is short-tempered. That’s the Llewyn Davis we meet, but slowly, we begin to unravel his past, we go deeper into his psyche, and we understand why he acts like perhaps the worst, most entitled person he can possibly be. His former music partner committed suicide, his new solo album is not selling, he is poor and leads a life of couch-surfing. On the other hand, we have Joe Gardner. He isn't interested in other people’s lives and only talks about his own, he lies, he cheats and engineers a plan to essentially steal the soul of another human being so he can have the chance he believes is so rightfully his - in retrospect, he has earned this chance, but this does not excuse his scheming. If they are so seemingly awful, why do we still want to see them succeed?

Many factors come together to answer this question. The first one, and the most immediate one to the plots of both films, is the context in which Llewyn Davis and Joe Gardner find themselves. Both have a failed career, they are denied their chances to prove that they deserve to have their dream; one has lost the partner that helped launch his now-failing career, the other hasn’t even had the luxury of a big break. Both films show the character’s undeniable talent thus showing the audience that perhaps they are not the reason why success is not a part of their lives. This creates sympathy for them, of course, but we meet them at low points in their lives; points at which their morals and overall character has crumbled and their spirit has been worn down. Points at which they don't care about anything other than getting what they want and they will stop at nothing to get it. While this is an admirable attitude, in these circumstances it only makes them come across as selfish, egotistical, whiny, petty and even entitled. Nonetheless, thanks to the small shred of sympathy that comes with their backstories we continue to watch them and hope that they'll succeed.

A second factor, and here’s where the ones that I consider to be the most important ones come into play, is the fascination that we, as human beings, inherently have for terrible things: events, people, etc. Why is our attention immediately piqued when we hear something terrible has happened to another person? Why can’t we look away from a car crash? Why do we watch movies with shady characters who break the law and still root for them? As people, we seek to understand evil. While perhaps in this context “evil” is too strong a word, it's still linked to negativity, something we always seem to be more interested in. One reason why we’re fascinated by this is because we project ourselves into the situation and ask ourselves what we would do or how we would fare. How would we treat someone who tells us that there is not enough money in an album we really believed in? What would we do if we finally get our chance at a music career but it is suddenly snatched from us? Furthermore, because of our survival instinct we are interested in tragic events because we want to avoid the same happening to us. Perhaps you are an aspiring musician: the movie is interesting because of this subject matter but then pulls you in with the tragedy of an artist who never was. You pay close attention to what they do so that you don't repeat it. Also, we see these character’s flaws being highlighted; this also feeds into our survival instinct since we seek to not duplicate these traits in order to be liked.

There's also the idea that this is something that we’ve never experienced, we’ve never met a Llewyn Davis or Joe Gardner-type, they may even seem unreal. This takes us out of our own reality which is always a much welcome escape. Perhaps, we see how unrestrained or unfiltered these characters are; they speak their mind and don't much care who it affects as long as it does not negatively impact them. This way, we live vicariously through them because they are, in some ways, a reflection of how we wish we could be if there wasn't a general sense of social decorum.

A third factor as to why we root for protagonists with an unappealing character is because of their relatable circumstances. Despite their wrongdoings, they are people who have failed; who had a dream and didn't get near it or were close but it got away. What’s more relatable than that? This is a reality all human beings can connect to; we have all failed at something and sadly, a lot of us have failed to fulfill our ultimate goals. In a way, we forgive most of their terrible deeds because we understand their reactions and even recognize some of their behaviour patterns in ourselves.

The fourth and final factor as to why we long to see these characters triumph is because of the undeniable charisma they exude when they are up on stage. The emotion that bathes every word coming out of Llewyn Davis’s mouth and the fervor permeating every note Joe Gardner plays exhibit the passion, conviction and willingness to pour their heart out that both these men have for their music. As Emma Stone’s Mia Dolan tells Sebastian in “La La Land”: “people love what other people are passionate about.” It is this very passion and devotion that might be Davis and Gardner’s most apparent redeeming quality but it is more than enough to get the audience on their side. It's this same feeling that feeds into their undeniable talent and makes it evident that these individuals not only deserve, but need, the chance to be brought to the attention of people at large. This further humanizes and softens such rough characters making us hate that we love them.

In summary, a variety of factors such as the context of each character, our morbid curiosity of tragedy, relatability and undying ardor for their vocation create complex, life-like characters that despite their alienating personalities manage to draw us back in. This is a true testament to the directors of these films and the actors who portray each character because without their talents, balancing these is hard and could potentially completely turn the audience away from the film. 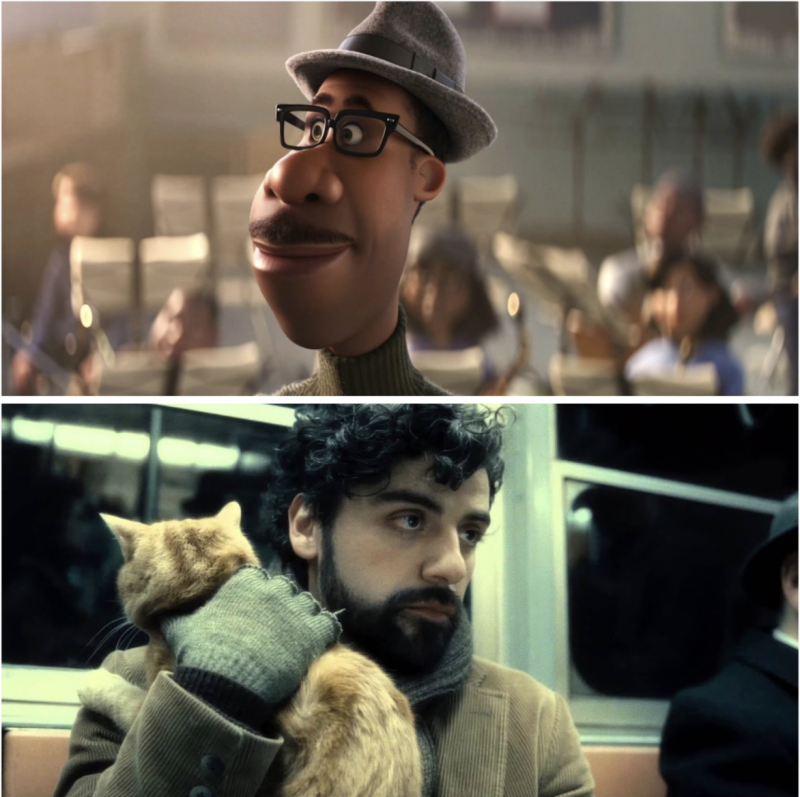