Is media a ‘Double- Edge Sword’?

Favorite Quote:
Problems can de dealt with in order to have an ideal happy life!

Media, nowadays is an open platform for everyone to showcase their ideas on a massive scale. That’s the reason, it cannot be controlled by an organization in order to regulate the level of content that is broadcast online. Hence, it can be use in beneficial ways to standup for human or animal rights but it cannot overcome the influence of stereotypical ideas media presents to engage a massive amount of audience. Furthermore, the content televised in a country can be controlled by their electronic media regulatory authority but the watch shows i.e. much popular Netflix company can’t be regulate by any specific country because it spreads over the globe uptil now. Every country is contributing to telecast their regional shows in Netflix as it allows the diversification of many cultures in a modernistic way. Netflix series can be stated as a visible portrayal of media because of their ‘mix’ content and global position. This can be justified by the below mentioned examples of some of Netflix series including 13 Reason Why, Kissing Booth, Messiah, Jinn, Hannibal and Legion.

Starting off with the popular hyped show, 13 reasons why’s ‘13 episodes’ are needlessly drawn only to romanticized suicide of a 17-year-old High school student, Hannah. Moreover, the content presented frightens people as it has been reported that many people have committed suicide after watching the show as they felt an emotional connection to the character. The highly unethical events like Hannah’s pre-suicide tapes should not have cycled through half a dozen classmates before reaching the authorities. The tapes exaggerated multiple rapes, sexual harassment and every kind of bullying to objectify women and encourage insensitivity towards such sensitive issues. Secondly, series glorifies the presentation of highly stereotypical thinking among high school students, to amplify the fact that such environment of high schools invoke a fear in students to be treated like this. And nonetheless, Netflix’s ways of women objectification never remain a step -behind any other events as for both male and female gay characters, the only ones we see getting intimate are two women, in spite of the fact that the other main male character Tony has a steady boyfriend featured in many episodes. It fails to deliberate upon how and why mental illness contributes to suicidal ideation just as much as the social conditions of bullying, sexual assault, manslaughter and poor decision-making.

Similarly, 'The Kissing Booth' is another high school teen movie about two best friends, Elle and Lee, who second a rule to not date each other's siblings, while our protagonist, Elle, breaks. The story revolves around Elle and Noah (Lee's brother) falling in love and like any other male stereotypical character, Noah is seen to have anger issues and is very possessive about his girl, while, he further changes into controlling Elle’s life, but as it is Netflix, right? They present it in a most cute and romantic way as they can, for their audiences. Now, a question could be posed that how Netflix cannot take a step ahead to present women character as ‘objectifiable’ and ‘characterless’? For that, Elle gets assaulted at school which is considered as a ‘joke’. The high school authority as careless as they can be detent both Elle and the man who assaulted her form school. Thus, Netflix again depicts the idea that high school are much insensitive towards any sexual assault case. Moreover, Noah being a male misogynist blames her and states that she was 'asking for it'. There are people who can consider these romanticized problematic scenes for their true meaning however, there would be audiences such as under age kids who can manifest these scenes to be veracious. Such as believing that it's alright to be with someone who is sexist, possessive and has bad anger issues despite all the red flags because this is the person's way of caring about you. This obviously is a very deplorable message to spread among children.

By considering the involvement of varied culture viewers, Netflix try their best to showcase a totally bold side of every culture and religion. To explain more, Netflix series called Messiah presents a CIA officer investigating the case of a mysterious man called Al Masih ad-Dajjal, who claim to be God's son performing "miracles" and prophesying the Day of Judgment. Dajjal is an Arabic word used in Muslim’s holy book, Quran and refers it as a false messiah, an evil figure. This show can be perceived as an act of seeking major attention by Netflix, as they scandalized the series by referring the title form a religious context word i.e. messiah, and to add more they presented Dajjal (regarded as evil character in Islamic religion) as a man to encourage the concept of day of judgement, which is regarded as an act of another prophet named ISA to be arrived as a sign for the day of judgment. Thus, this causes major concerns among many Islamic groups who regarded it as anti-Islamic as a result of being highly ‘disrespectful’ and insensitive to their beliefs. In another series called Jinn, a series about a teenage drama meets horror-fantasy, focuses on a group of high school students whose lives are suddenly transformed by the appearance of a malicious supernatural spirit, or jinn. Scenes involving the teens kissing and drinking alcohol, as well as discussing sex and drugs, provoked outrage among conservatives in the kingdom as it did not depict the religious values and way of life in Jordan. The uproar even saw the series discussed in Jordan's parliament. Thus, Netflix being an American company, crosses the boundaries of other culture or religions and also does not consider their fault of presenting such insensitivities, as in 2020 they again launched ‘cuties’.

Additionally, Netflix carelessness is not only limited to misrepresentation of religion, cultures, high schools and women, but it extends in other areas mainly mental health. Netflix another stance of showcasing a mental disease, schizophrenia in series called ‘Legion’ is highly fantasized and the cause of presenting a character suffering from disease is ‘left over’. The laughable part is that the directors make the patient such powerful and unique which encourages the viewers to spread the message that its extraordinary to be schizophrenic patient! Netflix never leaving their insensitivity apart display characters as living in an careless unhealthy environment in the mental health hospital, that should be a call for presenting such unethical concerns as it encourage viewers to make perceptions in their mind that patient in mental hospital are treated as a proper addiction to pills to be in their healthier form. Another unethical event happened in the one the episodes when the therapist in jealousy with his patient relationships, start taking advantage of his therapy sessions with him, in order to manipulate him against her girlfriend. Netflix never leaves their audience with a shock, thus presents how a therapist seduce his patient. So, uptil now we must be aware that media is the one persuading us to form such unethical and stereotypical perceptions about every profession. This company presenting a mental health problem should be careful with the genre they are choosing, because they should take a positive advantage of their position to engage people with the serious of such a disease rather than making it much funnier as it could be!

Lastly, how can we forget to talk about CBI, CIA... when discussing Netflix. On a serious concern, the increasing crime rates around the world is also encouraged by our ‘small chunk’ of media can be regarded as hidden mafia, the reason being the being watch shows on Netflix, that romanticized criminals for the audience in way that they started falling for the criminal; ignoring the crimes one did. The most good example can be of Hannibal series, which present a criminal enjoying cannibalism and surprisingly being a psychic, works as a psychiatrist, solving murder cases with FBI. The surprises don’t end here, as the series not only presents Hannibal crime but also showcase other psychic criminals killing in a unique way i.e. makes their ribs and skin to be turned into feathers to make person look like an angel, or making their dead bodies hide in a bee hive or in a horse stomach. The series justifies these ‘artistic’ criminals by blaming their mental health or the hardships they faced in life which lead them to become addict to such criminal acts. From the series, one can name them as ‘unethical’ rather than Hannibal. The act of presenting a psychic patient being a psychiatric, the romantic relationships of Hannibal with an therapist and an FBI officer, the presentation of FBI’s position as weak and unknown about their staff acts, and lastly the insensitivity of many fantasized crime scenes making the viewers absolute normalized and to be able to think at the end of series about the innocent criminal facing the life struggling dilemma’s perform such acts on uncountable range of people.

In conclusion, the only way to restrict Netflix content is to stop watching these types of shows because its, we, the audience who makes these shows imdb to reach 10/10. The normalization cannot be normalized until we as, a society collectively stand against it. 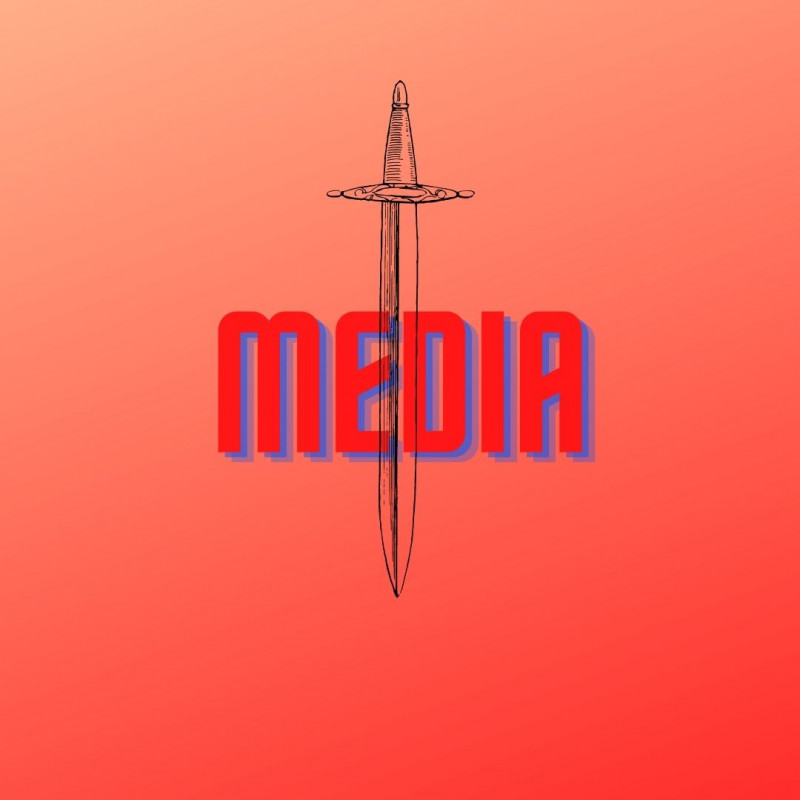 © Nabiha A., Rawalpindi, Other

hye! hope you all are doing great. I would like to wrap up the reason and the thought process behind this article. So, I always believe that words possess great influence on people and being a writer I felt the need to use this power and therefore aware people about media and its tentative impacts which certainly helps in forming perspectives about thier surrondings.The above written piece is an opinionated article about netflix series and their engageful ways to develop a negative impact in our minds.

So, I hope you will like it. Thankyou so much for hearing me out!