About 800,000 teen pregnancies occur every year in the U.S., which means that 3 out of 10 girls get pregnant before age 20. The U.S. has the highest teen pregnancy rate in the industrial world. Where do I stand in teen pregnancy issues? I believe that it should stop for a number of reasons. There is a simple answer for this problem that is costing our country 40 billion dollars every year.
My idea? Just don’t do it.

There are so many downsides to the situation. To kick it off, the costs are outrageous. Like I said before, our country spends 40 billion dollars every year to help these young mothers. But it’s not just them spending money. Mothers have to pay a lot, even if it’s just for the bare necessities. It costs about $70 dollars a month just on diapers. To buy food, clothes, toys, a bed.....it all adds up. Just the cost of actually having the baby- whether you plan to give birth or have other options performed- can put the mother in lots of debt. Mothers who are high school drop-outs will only make about half as much money in a lifetime as those who graduate.

Lifestyles of the parents change. For the mothers, parenthood is the leading reason why women drop out of high school. There are serious health risks for those who not only conceive a child, but also those who give birth in the end. About one-fourth of teen mothers have a second child within 24 months of the first birth. Only 20% of fathers marry the teen mothers of their forts children. On average, the remaining 80 percent pay less than $800 annually for the support of their child- about $67 per month. The children of teen moms are more likely to be born prematurely and at a low weight, which increases the chance of having a disability. They are 50 percent more likely to repeat a grade and perform much worse on standardized tests. Daughters are 22 percent more likely to become teen mothers, while sons are 13 percent more likely to end up in prison.

My opinion to this issue? Abstinence. It is the only proven way to not get pregnant. Call me old-fashioned, but I am not having premarital sex. I made that decision when I was 12 years old. For those of you out there who are going to be “sleeping around,” use contraceptives. Birth control pills, condems......they all are pretty effective, but they are only 99.9% proven to work. That 0.1 percent could be you.

For the victims of rape who become pregnant, please have the baby. I know that you may not want anything to do with a child you didn’t want in the first place, but do you really want to have an abortion? An abortion takes such a toll on the mother; she usually enters into depression. I would want you to give birth and either keep the child or put him/her up for adoption.

In conclusion, teen pregnancy is a long road. You will most likely end up walking that road by yourself most of the way. If you do get pregnant, take responsibility for your actions.

Abstinence is key. Just don’t do it. 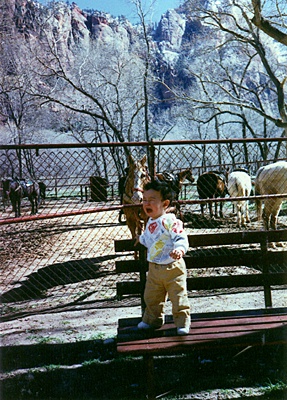