Do you like hurting helpless animals? Don’t you just love it when you destroy a beautiful rainforest and turn it into a desolate wasteland? Oh, and how many people do you know that can murder a baby polar bear, a tiny lemur, or an endangered sea turtle? Can you? Because if we keep living our lives the way we do now, we are killing not just those animals, but our whole planet. At the rate we’re at now, 20-30% of all the species on this Earth could be extinct, or gone forever, by the end of the century.

A lot of people are confused as to what this means or how it is happening. Many things that we do everyday contribute to the fragmented state of our dwindling planet. Deforestation, acidification, pollution, and the wasting of precious non-renewable resources are only a few of the ways we are destroying our uniquely diverse Earth and creating a lonely, unhealthy planet.

Since humans arrived on Madagascar, an African island, 80% of its original vegetation has been cut down. Not to mention, 70% of those plants were endemic, and found nowhere else around the world. If we lose them, they’re gone forever.

As we over-fish and pollute our oceans, we are also destroying the marine life around us. But that’s only on the surface, underneath, something much scarier is going on. Our own demise. We’re animals too, and we also depend on the natural resources this world provides us. But, we are burning through those vital materials way too fast. Soon we’ll be out of them, and out of time.

“Just about everything is going down. And when I think about the affects of climate change, and humans in general, it really scares me.” says Simon Stewart, head of IUNC’s species survival commission. That’s why so many people are changing their minds, and their lifestyles, to help rekindle our planet.

You may be thinking that even if you get involved, you’re only one person, what difference would it make? The truth is, every person that helps our environment is a huge impact. If you do it, other people will see you and it might make them want to help out, too. Just by spreading the word and showing how easy it is to make a difference, you are fighting for our planet.

It’s easy to “go green” also. When you pick up trash you see on the street, recycle, walk instead of drive, and turn off electronics when you’re not using them, your saving energy, materials, and helping to prevent pollution and acidification. It’s that simple. We can save trees. We can reduce carbon emissions. We can stop acidification. We can bring species back from the endangered lists. We can save this planet.

“We live on a very unique planet-the only planet known to support life,” says Russell Mittermeier, president of the wildlife group Conservation International (CI). “For me, conservation is ultimately a moral obligation and simply the right thing to do. That leaves us with a choice. We can save life on this special planet, or be its unwitting executioner.” 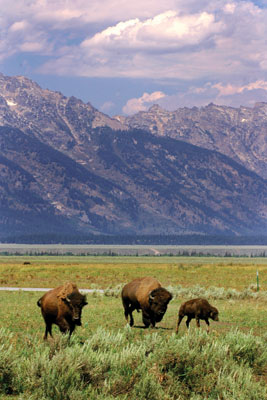 View profile
Opinion
Its Our World
By Anonymous

Favorite Quote:
"Why fit in when you were born to stand out." -Dr. Seuss

Favorite Quote:
And in the music we find ourself

View profile
I love it!!!! It has a great message.