Favorite Quote:
"Those who mind don't matter, and those who matter don't mind." -Dr. Suess

Throughout history, celebrities have always been the focus of many people, from their unique ways of being the center of attention to their amazing talents. It is human instinct to follow the herd, so becoming a fan of a celebrity is an easy way to become part of a majority. There is nothing wrong with liking someone who makes great music or has a great sense of style or is funny, but is living your life based off things they do a great way to live? Nowadays you can use the Internet to find any article on any celebrity, and for a fact you can find the words “queen”, “perfect”, or “goddess” to describe these people. Although it is understood these are exaggerations, they are still powerful words. Specifically, America is for the most part the culprit behind these unrealistic descriptions of singers, actors, and comedians. America’s obsession with these “gods” and “goddesses” has gone too far and is getting to an unhealthy level.


These obsessions are fueled by media; with easier access to the internet nowadays, more and more people are affected by reports of celebrities. According to studies done by Dr. John Maltby, author of “A Clinical Interpretation of Attitudes and Behaviors Associated with Celebrity Worship” there is a correlation between sufferers of Celebrity Worship Syndrome (CWS) and those with high anxiety, depression, high stress levels, increased illness, and poorer body image. CWS is described as “an obsessive-addictive disorder where an individual becomes overly involved and interested with the details of the personal life of a celebrity” (Griffiths). The studies that were done also included adolescents, and it was found out that teenage girls who tend to “worship” celebrities have lower confidence in their physical appearance.


Celebrities typically have an aura that screams “important” around them. They are talented at doing something, so the media starts shining the spotlight. In prehistoric times, developing humans looked up to successful hunters, gatherers, etc. because that means they were good at surviving, and they wanted to survive, too. In the modern era, we obviously don’t need those primal hunting/gathering skills due to our technology. However, we still have that primordial instinct to be good at something in order to succeed. With celebrities catching the world’s attention, we instinctually look up to them and want to be like them.


Why America, one may ask. Well, before the ‘90s, there were only two major sources for celebrity news, “Entertainment Tonight” and People magazine. Ever since the turn of the century, there has been a rise in production of celebrity magazines and news programming. Then came the onslaught of celebrity news on the internet. Americans are overrun with these magazines and television shows and have gone to the point of no return. Another reason may be that America is very young compared to other countries, only being about two hundred years old. The U.S. would have the need to pride itself on something more than just its freedom in the eighteenth century, and so it centers itself on the celebrity culture.


The U.S.’s obsession with celebrities runs on the increase of media outlets. More and more attention every day is being given to celebrities, and Americans just eat it up. The promise of attention overrides common sense. Soon people find themselves talking more about the personal lives of celebrities than their own. It’s a way to escape from reality for some people, like after a long day at work. But going to the extreme of living your life through the famous is unrealistic and can ruin one’s mind and relationships with others. Celebrities cloud people’s judgement and cause them to blindly follow them and see them as role models. Not to mention children are the ones being most affected, as adults have the choice to follow the craze, while children are just absorbing it without thought, seeing it as the norm.


Celebrities, when given the attention they want/deserve, can use it for good. Some believe celebrity culture is beneficial. There are many cases of people becoming famous mostly because they just like the thrill, just like all the attention constantly on them. In The Image written by Daniel Boorstin, he said, “The celebrity is a person who is known for his well-knownness.” And if that person does good things and is a role model to others, including children, then so be it. Let them be a celebrity. But one can argue that people make mistakes, and that is true. However, a person with average intelligence should know that when in the public eye, they should attempt to keep things on the down low, and at least try to set an example for those who are seeking one. And if they can’t do that, then they might want to rethink their fame.


The word celebrity is tarnished by stories of drug abuse, sex tapes, having affairs, extreme embarrassment, and constantly being judged. The infatuation with them has gone to an extreme level, and bringing attention to this may help people realize that their fascination is unreasonable. It may have gone to such an extreme that it is classified as Celebrity Worship Syndrome, and one would need help. It is also a human instinct, but one that people can control. The increase in technology and media outlets has greatly contributed to this epidemic, and the best one can do is choose not to use them. Celebrities can be wonderful role models, though, and putting them all in the same category would be inaccurate. America’s obsession with celebrities has grown to an unhealthy level. British poet Lord Byron wrote in Childe Harold’s Pilgrimage, “Fame is the thirst of youth”, which could be interpreted today to mean that technology and media may change, but the way of the celebrity will not change, and the primitive human need for attention will always be present. 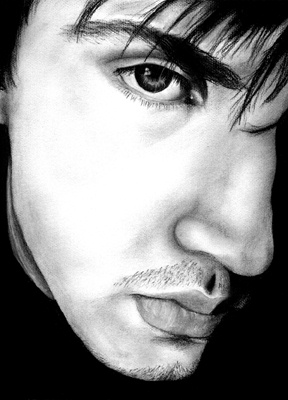