Do You Support Space Exploration?

Without careful observations of the benefits and consequences of the space exploration, it is very difficult for me to express an educated and meaningful evaluation of the project. Without intense research and deep understanding on the matter, I am afraid that my thoughts and evaluations might be inaccurate and shallow. However, with what I understand about space research and missions, I think that I am neither totally for nor against space exploration. I believe that space exploration presents both positive and negative aspects and therefore should be evaluated based on individual projects within the overall effort. For instance, the Apollo 11 mission brought fame and triumph to American government and public due to its tremendous success. The Apollo 11 mission was the first planetary landing completed by mankind. Therefore, it was a “giant leap for mankind,” as Neil Armstrong stated. In contrast, nine lives were wasted in the Space Shuttle Challenger due to careless engineering and poor weather conditions. As shown, space exploration should be carefully evaluated on every project to ensure that the US government is not wasting money on worthless missions.

Space exploration started in the 1950s with the formation of the National Aeronautics and Space Administration. Since then, it has brought many benefits as well as problems to America. Undoubtedly, space exploration has tremendously enhanced our understanding about celestial conditions, behaviors, and characteristics. Many scientific fields have been dedicated to the understanding of celestial bodies such as astrophysics, astronomy, and cosmology. Therefore, being able to reach beyond the boundaries of the Earth has enabled scientists to conduct quantitative experimentations without the influence of terrestrial factors. For instance, research on biological systems in a non-gravitational environment could not have been conducted without escaping the influence of the Earth’s gravitational field. Even though establishing a microgravity environment using relativistic principles is possible, it is far more accurate and efficient to conduct these experiments in space. While all of these fantastic accomplishments are achieved, other problems arise as a result of the missions. Many people oppose the space exploration strongly because they believe that the money spent on space missions could be used to improve the conditions on Earth. This is true to an extent because poverty, hunger, homelessness, and sickness increase everyday as a result of human activities. Therefore, we should be responsible and put forth maximum effort in correcting these problems. For instance, energy consumptions continue to rise while petroleum fuels are lasting. Greenhouse gases are causing global warning and require immediately administrative initiatives. Therefore, these people are justified in urging the use of the money for space exploration in other more imperative matters. Therefore, I think that space exploration should continue but with careful considerations and extreme measures to minimize the risk of negative aspects and maximize the benefits. Now that I have presented my viewpoint, what is yours? 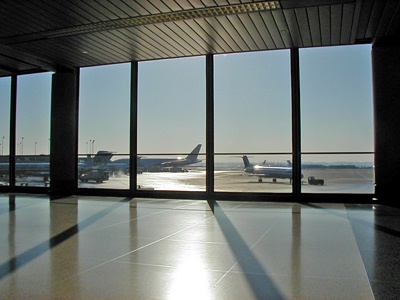 drugdealar106 said...
on Dec. 14 2013 at 5:04 pm
I think that first of all people on earth should be provided the basic neccessities of life and than we should think about space explorations. If it comes to benefits I totally agree with this article.
Templar314 said...
on Apr. 27 2010 at 5:04 pm
Templar314, Hell, Michigan
0 articles 0 photos 7 comments
View profile
I believe that it is necessary and inevitable for mankind to continue its advances in space exploration. However, I think that the United States government is going beyond its purpose (to protect the people's rights) when it runs the space program, and citizens who do not want to contribute to the project should not have their money taken through taxation. The potential for private organizations to explore space is growing as technology makes space travel more feasible; I hope ultimately to see the privatization and continuation of space exploration.