National security is often used as an excuse to violate the personal freedoms and liberties guaranteed by the Constitution. If you believe in the foresight of our founding fathers, and the principles that are the cornerstone of our great country, then you cannot condone the disregard that some members of our government have shown the Constitution. Some of the greatest threats to the freedom of Americans are not hiding in a cave in some distant land but right here in America in plain sight. Issues like illegal wiretapping of citizens; the imprisonment and torture of people who have never been convicted, or even charged with a crime; and the evaporating right of free speech.

Illegal wiretapping is a brazen attack on Americans’ liberties. If the government can listen to our conversations illegally, why not arrest us illegally, too, if we say something that may cause dissent? It seems comical, even ridiculous, that members of the government would choose to wiretap citizens illegally when they can legally do so by asking the federal courts. Requests for wiretaps in 2005 were approved 1,773 times and denied once. Why would a member of the government illegally spy on someone when they have such a great chance of approval? Simply put, because they think they are powerful enough to violate people’s rights when it serves their purpose.

If you or I were to break a constitutional law like this, we would be thrown in jail - and rightly so - but when a politician does it, well, at worst they might take a vacation to get away from the protests of the people they were sworn to serve. According to its own published reports, federal government’s wiretapping of an individual costs between $7,000 and $314,000. Can you think of any better places this money could go? I sure can. It seems ironic to me that a portion of the government’s revenue comes from tickets and fines from those convicted of breaking the law, which the government can then turn around and spend on breaking the law itself.

Another important, but less publicized, instance of personal freedom taking a backseat to national security is the imprisonment and alleged torture of untried and unaccused people in Guantanamo Bay, Cuba. Almost everyone has heard of this prison and the unethical treatment of those detained there. Most think that the imprisoned are radical terrorists who have information that could save thousands of lives. If we are so sure that those imprisoned are terrorists, then why don’t we put them on trial and convict them? Surely if they were facing the death penalty they would be just as ready to volunteer any information they had as if they were being tortured.

For example, Canadian Abdul Khadr was held in Guantanamo for nearly two years with no lawyer and no trial. He was tortured and beaten without ever even being charged with a crime. Recently he was released, but the horror of his ordeal will surely stay with him forever. How can we, who are supposed to be a light to the free world, condone the medieval practice of torture to gain a confession?

The first amendment to our Constitution, guaranteeing the right of people to speak their mind without legal repercussions, has been under fire almost since it was conceived. Many think that as Americans we simply are given the right to free speech, but just as we had to work to attain it, we must also work to preserve it. Our government has many times passed laws clearly in violation of this right, dating back to the Alien and Sedition Acts of the 1790s and including the restrictions placed on alien enemies in 1917-1918. While the government should have the right to restrict military information like troop locations and the identities of undercover operatives, when people are simply speaking their mind, the government has no place to restrict them. Free speech checks the overwhelming power that the government can hold. If we lose the right to free speech, what will be next, the right to free thought?

America was founded on the idea of a person’s right to live a free life and to have guaranteed rights that the government cannot choose to honor or suspend on a whim. If you need proof, read one of the greatest documents ever written, our Constitution. The more we are willing to let our personal freedoms be chipped away, the harder it will be to get them back. What do you think George Washington would say if he could see how meekly we are allowing what he fought and died for to be taken away?

America, the land of the free, will not remain free and great if we are willing to sacrifice our personal freedoms out of fear in the name of national security. Maybe, as the supposed need for greater measures to protect national security increase, we will be the ones immigrating to a different country. It is not too late to save our freedoms. We need to demand that the most powerful and prosperous country in the world find a less costly way of protecting its citizens. 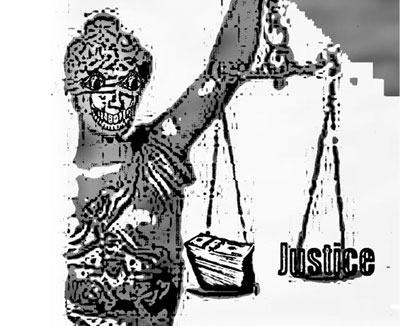 Favorite Quote:
"If you can't stand behind our troops, feel free to stand in front of them."- a Bumper Sticker
"If Obama was the answer, it was a stupid question." - Another Bumper sticker

View profile
Waterboarding isn't torture. We waterboard our own troops to train them. I think Washington would be upset by how we treat the people fighting for us, like court martialing three Navy SEALs because a terrorist captured on the battlefield accused them of punching him. Oh My Gosh! You npunched a guy who probably would have killed you if he captured you! Thats terrible!! No.