In 1957, the Little Rock Nine entered the all-white high school in Little Rock, Arkansas. These black students began the movement for integration in public schools, and, as a result, were exposed to acerbity and vulgarity that would remain ingrained in their minds for the rest of their lives. What at the time seemed to be a civil rights advancement has sadly proven ineffective. Because of anemic funding for urban schools, and the human inclination to surround oneself with others who are similar, segregation still prevails in U.S. education. Two possible solutions to segregated schools are the reinstatement of mandatory busing and the redirection of funding so that public schools in jeopardy are allotted more. By ignoring this problem, the United States is accepting resegregation, an already proven catastrophe in American history.

In “Little Rock Central: 50 Years Later,” HBO's 2007 documentary about present-day Little Rock Central High School, a young black woman says, “You [Caucasians] got it all fed on a silver spoon when you were born.” Writer Jonathan Kozol affirms this statement in a 2005 article from Harper's Magazine: “The present per-pupil spending level in the New York City [public] schools is $11,700, which may be compared with a per-pupil spending level in excess of $22,000 in the well-to-do suburban district of Manhasset, Long Island.” Additionally, he states that New York City schools have not yet reached the funding levels that some of the more affluent suburban schools had nearly three decades ago.

Wealthy families can afford to enroll their children, at ages two and three, in programs known as the “Baby Ivies.” This two-year education can equal seven public school years. Nevertheless, students whose families cannot afford this – disproportionately minorities – are expected to pass identical curriculums and standardized tests. These children must compete with peers who have already developed essential social and didactic skills. In other words, there is no competition at all. One African-American AP student at Little Rock Central High has hope, saying, “I know there's more out there. I know I can do better than this,” while another AP student is crestfallen: “We're not being recognized for trying, and that's why a lot of black kids don't try.”

Not only was the cafeteria segregated, but the classrooms were as well. Chuck West, the AP history teacher, spoke about the three black students in his class: “They're certainly a minority in a school in which they're not a minority.” The three female black AP students sat together, expressing their need to feel safe in an environment where they felt constantly criticized. The remainder of West's students, all white, corroborated the idea that advanced placement classes are “a racial boundary.”

A remedial black student said, “Everything is to make the black man look cold,” and the rest of the students – black as well as white – nodded their heads. One black girl complained that blacks had to work much harder to gain respect.

Do racial groups bind together because they can commiserate with one another? Maya, a 16-year-old black honor student, thinks the answer is yes. She lost everything when she got pregnant – not once but twice. She turned to her black friends. It is hard not to notice the pattern: all their mothers were pregnant as teenagers too.

The Equal Protection Clause of the Fourteenth Amendment says that “no state shall deny to any person within its jurisdiction the equal protection of the laws.” Racial segregation within public schools violates this. The 1968 Green vs. County School Board of New Kent County and the 1971 Swann vs. Charlotte-Mecklenburg Board of Education Supreme Court cases held that public busing could be mandated by federal courts to integrate schools. Busing helped mix white and black, rich and poor. This policy successfully integrated schools, until it faced its first challenge.

In 1974, Milliken vs. Bradley determined that busing could only occur when it was apparent that districts were segregated. And, by the early 1990s, busing was no longer mandatory. The courts ruled that when a school system was thought to be centralized and unified, the Green and Swann rulings no longer applied, and the school board would be responsible for creating a new system. Many school boards, however, including the Charlotte-Mecklenburg board, wrongly exercised their power. Several new systems allowed students to attend the school closest to their homes, wholly rewinding and dismantling any advances in integration. For the sake of all students, this policy must be reinstalled, and this time with greater emphasis on continuing until the job is finished. But there are more ways to fix school segregation.

A 2010 study by The Washington Post showed that the United States has already spent more than $3 trillion on the war in Iraq. The New York Times quoted Scott Wallsten, a Washington economist, who estimated that “the operation itself – the helicopters, the tanks, the fuel needed to run them, the combat pay for enlisted troops, the salaries of reservists and contractors, the rebuilding of Iraq – is costing more than three hundred million dollars a day.” This means that each month, the U. S. spends several billion dollars to support the war.

If the government redirected this toward educating its citizens, public schools could be completely reshaped. For example, experts predict that $40 billion could provide preschool for all three- and four-year-olds. This program would help millions of children and cost a fraction of the war expenses. Why not designate a portion of the military expenditures to reconstructing the South Bronx schools that Kozol claimed were mold-laden? First graders, who now occupy classrooms with four age groups, would be better able to concentrate on learning.

Race and economic status should not determine the education a citizen receives. John F. Kennedy once said, “Our progress as a nation can be no swifter than our progress in education. The human mind is our fundamental resource.” Yet the government does not provide all children with equal educational opportunities.

In 1954, Brown vs. Board of Education of Topeka established that “separate educational facilities are inherently unequal.” Nevertheless, the trend in American school districts is toward just this; currently, in Wake County, North Carolina, Tea Party advisors are supporting legislation that will force students to attend their neighborhood schools.

It is imperative that the U. S. has tolerant, diverse communities to increase productivity and compete in the global economy. All Americans deserve an equal chance to have the American Dream; this new beginning lies in the hands of those willing to fight against the status quo. Are you one of them? 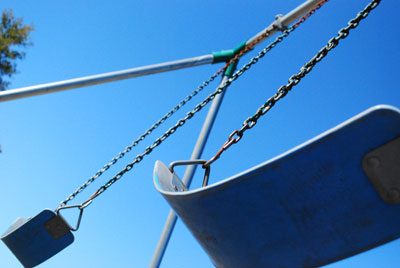 This article has 19 comments.

The author of the article didn't make a bibliography or state where she got her evidence.

There is a definite diffrence between voluntary segregation and mandatory segregation.  If people choose to segregate themselves authorities don't have any legal authority to mandate otherwise.  I expect that nearly all of todays segregation is chosen by the segregated.