In light of new technology that allows music to be downloaded and enjoyed on the computer, many people think that the concept of a band producing albums will disappear. Although this is admittedly a possibility, it would signify a huge backward leap in the music industry. Artists display their talent through albums, not singles. Kurt Cobain once said, "When I listen to an album, I listen to it as a solid body of work, 40 minutes in a life rather than 10 four-minute excerpts."

Just consider Nirvana’s "Nevermind." For a fan of rock music, not having those songs together on an album would be a great loss to any collection. "Smells Like Teen Spirit," for example, seems to make more sense when you listen to it with the rest of the album. Together those songs combine to convey Kurt Cobain’s message to the world; one song just doesn’t have as much impact without the others.

Imagine the world without albums from The Beatles, Led Zeppelin, Guns N’ Roses, Rolling Stones, Jimi Hendrix, the Doors, Metallica or even the more recent Green Day. The image of what music and the music industry would be like without albums from these bands is inconceivable.

Many times I find that my favorite song on an album isn’t one of the singles. When I think about my favorite albums, I can’t imagine never hearing most of those songs if the band had only released the singles. That idea also makes me understand how the loss of albums would seriously affect the way people listen to music.

Album art is another element of a band that would no longer exist if bands didn’t produce albums, since it’s a chance for artists to express themselves and give an image of the band to the public. Sometimes album art becomes the image of the band.

Obviously, if people start downloading music instead of buying records, the music industry loses money which means it’s harder to sign new bands, so newer bands will never have the chance to succeed.

The extinction of albums would eventually decrease the amount of available music. Bands would stop releasing as many songs, and their fans could only listen to their singles. Just think about these issues and envision a world without albums before you decide to download music instead of buying a CD. 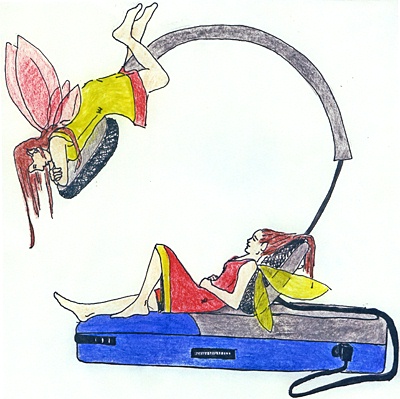 View profile
This is sososo true. I couldn't imagine living in a world without the CD's of Led Zeppelin, the Eagles, Journey, and Green Day. Out of curiousity, are your favorite bands/artists the ones you mentioned in this article?