Gavin Scott is different from your average teenage boy. He's a loner, a hermit with only one true friend, and on top of that, he's never had a girlfriend in his life. And on top of THAT, his emotional mother and alcoholic father are going through a rough divorce that forces him to play the middleman. Life for Gavin isn't exactly what you'd call "good"... In other words? It sucks, and everyone knows it, including himself.

But when he finally can't handle the stress anymore, he meets new friends that introduce him to a different route. A route he had avoided all of his life. Drugs and alcohol. Two things he had never tried, but there's always a first time for everything, right?

That's when his life changes forever. The moment he turns into Blue, his alter ego. The boy who's not afraid of anything, who gets messed up every night, who hooks up with girls on the regular, who falls in love for the first time, and doesn't let anything get in his way. The guy he wishes he was. The guy he pretends to be.

Little does he know, that guy isn't everything that he had expected, and his new life might be a little bit too crazy to handle. And now he can never turn back... Ever. 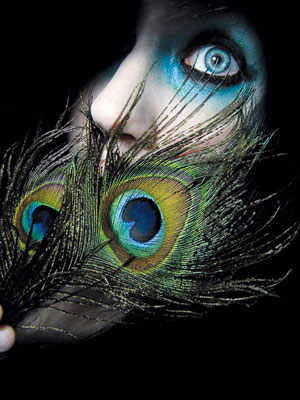 Favorite Quote:
"When life gives you lemons, make grape juice, then sit back and watch them wonder how you did it."
-Anonymous

Favorite Quote:
"I was outta luck the day the music died." -American Pie (the song)

Favorite Quote:
live life for today because yesterday is gone and theres no promise tomorow will come

This book has 3 comments.

Favorite Quote:
When one door of happiness closes, another opens; But often we look so long at the closed door that we do not see the one that has been opened for us.

View profile
I really liked this, i meen you didn't sugar coat anything, you told of how the world is and how this is more reality then anything else, i really hope you make more chapters so that i can continuie reading.
aammmpp BRONZE said...
on Oct. 16 2011 at 3:03 pm
aammmpp BRONZE, Carnegie, Pennsylvania
2 articles 0 photos 2 comments
View profile
i'll be adding more chapters soon