A suburban and an escalade drove into the camp ground. Out of the suburban came eight people out of the escalade came five people. They were camping right next to each other. They had been friends for a long time and had been to Yellowstone together the year before. On the way to Grand Canyon which is where they were at the moment the family with the escalade had first started with a suburban but it broke down. They then traded the suburban for the escalade and had car trouble the whole way there. They had finally made it there three days late. Everyone piled out of the vehicles with cramped legs and an empty stomach. The two families out helping each other set up their campers. One had a popup and the other had a hard sided camper. They set the camper and canopy up. While the girls made the beds mom and the boys were making lunch well the boys were helping a little. After lunch had been eaten the kids all ran over to family's campsite. The kids sat at one table and started a game of skip bo while the parents all went over to the other table for some peace and quiet. The kids sat there and played a couple games while the parents talked. The first family was made up of five people: two parents, Daniel, Elisabeth and Natalie. The second family was made up of eight members: two parents plus Benjamin, Susana, Levi ,Lydia and Grace.

Johnathan sat there sipping on a coke. When it was his turn to go he set down his coke and played his cards. After his turn was over the game was over he had won again.  Lydia got up “who wants to play super Uno”. Johnathan turned to her “I don’t like super Uno you can play though”. Daniel smiled “Johnathan will play. Johnathan smiled “says who”. Daniel chuckled “you’ll play cause im going to play”. Everyone was playing other than the parents so Johnathan decided to play. About three fourths into the game the parents walked over. “Guys you need to get ready to go we are going to look at the rim”. They all loaded up in each other’s vehicles boys in the suburban and girls in the escalade. They first went to the visitor center and got junior ranger programs. Soon they were in a race to see who could finish it first. One of the boys always had candy that hard chewy substance that rots your teeth and is very yummy. Daniel handed everyone a piece than ran back up to where Johnathan was. They walked over to where the red bus stop was. They got on the bus headed to hermits rest. It went to several places where you could get off the bus and look at the rim. Once the bus had reached hermits rest they all got off and looked around. There was a store and a snack bar. What the snack bar had for sale sounded very yummy but it was too expensive. The bus came back but instead of taking the bus they hiked. They saw pinyon pine trees yucca cactuses prickly pear rabbits and squirrels. They also took a lot of photos. The family’s went back to the campsites and fixed super. The second family walked over to the other campsite and they ate together. They did another day of exploring the Grand Canyon. The girl’s favorite spot was the shops. The day after that they had to leave so they set down camp and all loaded up. On the way home they stopped at gas stations restaurants and they even stopped at mesa Verde. The family was going to extend their vacation so their friends said goodbye the next morning and headed home. 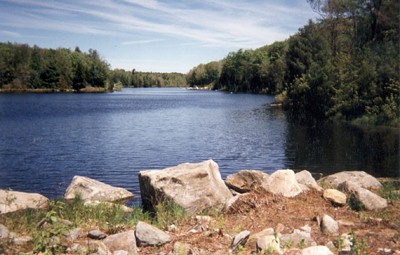 my family and some friends went to the grand canyon and had a blast.

Favorite Quote:
Brave is not being fearless but being able to overcome those fears you have

Favorite Quote:
Brave is not being fearless but being able to overcome those fears you have

View profile
Great job, iveltac. I love it; I hope you believe that you have talent, because you do. Thank you so much, for sharing this.