A voyage in France—full of culture, people, exquisite sites, and museums. I have always dreamed of venturing off to Paris, France, so when it came to selecting a language, I chose French, despite my sister’s influence of taking Spanish.

The moment I walked in to French class, I adored the fact that we had a chance to say, “Bonjour!” and learn even new French words. I knew that it would enrich my knowledge and assist me with any future history classes that revolve around foreign cultures.
I’m a writer that enjoys exploring foreign cultures. Prior to my class, I had an idea of writing a book about an American girl that moves to France. I’m working diligently to complete that book each day when I arrive home with new facts about France. I have so far learned the animals that roam the country, some conversations, the sports they play, some miscellaneous domestic appliances, family members, and many more assistive facts.
History and a variety of cultures help to nourish your knowledge and languages help you communicate. I believe that in the future, I will benefit from this experience and in the future, I plan on going to France. I hope that one day, I can learn other cultures and languages, as well someday and I can also visit those places. For now, I’m a student in French class, but in the future I plan on travelling the world and writing novels with characters that live in those places. 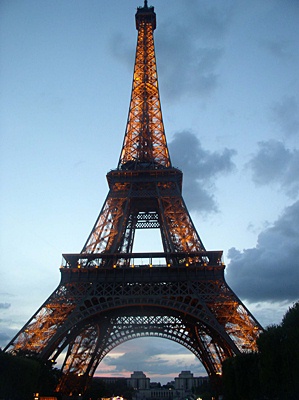 The author's comments:
This is about how alternative languages can benefit you thoughout your life!
Post a comment
Submit your own