Realizing Who I Am | Teen Ink

Realizing Who I Am MAG

In 1990, about 2,500 children were adopted from South Korea and moved to the United States. I was one of them and met my parents when I was six months old. My parents said it was the best day of their lives. They had wanted a baby for 10 years and call me their miracle.

When I was two years old, my brother was also adopted from South Korea. Growing up, I didn’t realize that I was from a different country than most of the people around me. Even when we were little, I never noticed that my brother and I didn’t look like our parents.

As I grew older, my parents did something that turned out to be the best thing for me - they started bringing Korean culture into our lives. They had get-togethers with other families with Korean-adopted children and we celebrated Korean New Year and Korean Thanksgiving. They even bought us traditional Korean clothing, but I still wasn’t too interested. I probably wanted to ignore the fact I wasn’t born in America and so I pretended I was the same as everyone else.

Two years ago, my feelings completely changed when we travelled to Korea with 10 other families for a Homeland Tour. It was the first time my brother and I had been there. We stayed for two weeks and saw the border between North and South Korea (known as the DMZ), and visited museums and palaces. We also went to the adoption agency that placed me. In Korea, babies do not stay in an orphanage before they are adopted but have foster mothers who care for them. Meeting my foster mom was one of my favorite parts of the trip.

After this trip, my parents sent me to a one-week Korean culture camp where adoptees learn about our heritage and get to know other children born in Korea. When I was younger, I hated this camp but my parents still sent me. In the past few years, I’ve grown to love it. Each day, we learn what is happening in Korea, as well as the language and writing. It is a fun, learning experience.

One of my favorite times at camp were all the discussions. We all sit and talk about Korean-related issues as well as about being adopted, being Korean, and things that only we can fully understand.

When I’m home, I feel like a minority, but not at camp. I love seeing all these friends and sharing stories about the school year. One of my friends has really helped me this past year, especially with my Korean-related situations.

Sometimes I feel like I enjoy being Korean more than being American. The only thing that makes me feel badly is that when I try to get into my heritage, it feels like I’m being a wanna-be Korean. At times I feel like I’m stuck in the middle; I don’t know a lot about the Korean culture, but I’m not Caucasian. I love my family but I also want to get involved with my Korean heritage.

Not only is it hard trying to find myself, it’s hard being one of the only Asians in my school. Being a minority makes me feel a little uncomfortable at times. I get a bit self-conscious which can be tough to deal with. When I was in Korea, or at camp, I was able to let go of that “everyone’s judging me” feeling.

Now that I’m 16, I’m getting closer to understanding how I really feel and where I really “fit.” I started taking Korean language classes and I’m feeling closer to my heritage. I stay in touch with my friends from classes and it feels good to know that I can count on them and tell them what I’m going through.

Both the Korean and American cultures are important to me. They are what make me who I am and what sets me apart from others. More and more, I’m finding I don’t have to be just Korean or just American, I can be both. 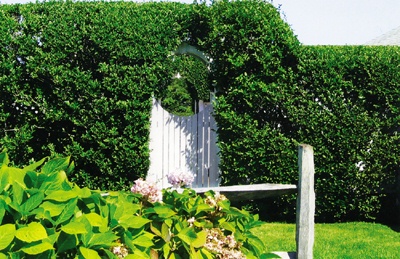