Greatness: A Tale of True Brotherhood

As the sun began to set and the hum of the giant lights at either end of the field mixed with the steady thump of the rap music playing in the background, the goose bumps began to crawl along my arm and up my skin. The newly cut and painted grass sent an aroma of freshness up into my nostrils and shot adrenaline through my veins. As I sat in the front with the captains leading stretches, a familiar hand patted my helmet. 'You've been waiting for this for three years', Coach Muehlberger's steady voice said, pausing for a second. 'Go take it.' This was the scene before the second ever district football game in school history.A game which had so much emotion and meaning built up behind it, against the one team that we had been gunning for since they had mocked us for thinking we could play at their level just one short year ago. This was the Piper game.

As I strapped on my pads and smoothed out all the wrinkles in my proudly dawned silver jersey, the electricity of what was about to unfold crept up my spine and into my brain. From there it flowed throughout me. The clash and relentlessness of competition pulsed throughout me as if I had been injected with a vaccine. A vaccine meant to change a calm man of seventeen years old into a hitting machine. An unstoppable force that would go through walls to win a single game of high school football. Especially this game. As we bowed our heads to pray, my voice was gruff and sharp. I spoke the words, but only with my mouth. My heart was already out there. My mind was already going over every possible piece of information I would utilize within the next few hours. God would understand. It was all for him in the end anyway.

As the other three captains and myself held hands and confidently strode to the middle of the field for the coin toss, the look on one of the Pirates captains faces when I shook his hand told me all I needed to get a jolt He seemed to be amused, even laughing internally, at the thought of playing us. One short quarter later, I would put a powerful, bone crushing cease to that grin worn by the quarterback. And I would do it all night long. After opening kickoff, our defense shut down the Pirates three-and-out. Then we went to work, scoring on a long run by Ben Reynoldson that first drive. The euphoria of that first score was something I will never forget. As I looked around at people, I said to myself, 'this ones ours. All ours.' And then we just kept going. By the end of the first quarter, the score was 20-0. In the second, one of my most defining moments occurred. As the undeservedly over-jubilant quarterback of the purple wearing Pirates dropped back to pass, he got an unexpected present. A 240-pound, resentment driven linemen who had been waiting to remove that smirk all night long. That was one of my three sacks that night, and it was one of my most defining moments that season.

At halftime, the energy in the locker room was off the wall. Jeers were thrown around about the Pirates, and it was truly an experience to remember. And yet in the midst of that entire time, the one thing I remember is Coach coming up to me and saying 'Lead them well, don't let them think we have this without a fight.' Sure enough, after going up 23-0 on a field goal in the opening drive, things started to deteriorate. We had gotten far too comfortable, and the Pirates took control, bringing the score all the way to a 23-20 game in the final minute, even down to the very last second. And who was chosen to try and make the kick to send it to overtime? That smirking jerk from the coin toss, the same one I had laid the wood too just a few short quarters ago. When his kick didn't leave the ground, I was overcome with such euphoric emotion, it was almost more than I could take. We had beaten them and we had a shot at State.

As I looked around me and ran to hug all my teammates, I realized that they had become much more than a couple of guys I played a game with. We had bonded, and we were part of something much more significant now. From time to time I watch the film from that game. I see a lot of mistakes, a lot of missed opportunities, but mostly I see something I will never forget. When you actually acquire something you have striven after for such a long period of time, after so much effort and pain put into it'truly there nothing better. I will always remember the Piper game. 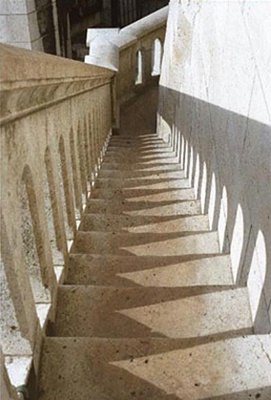 The author's comments:
This is about one of the biggest football games I ever played in
Post a comment
Submit your own

This article has 42 comments.

Cookie97 BRONZE said...
on Feb. 16 2015 at 1:09 pm
Cookie97 BRONZE, Defiance, Ohio
2 articles 0 photos 2 comments
View profile
I have experienced big games like the author describes. Though not in the same sport, I know the amount of preparation and focus needed to achieve this goal. Football is a very fun sport and a great team sport. I hope to be in a big playoff game next year and share memories with my teammates and friends. The author used a lot of descriptive words to define the intensity of the game. Playing on a varsity football team can be very nerve-racking because it is a big stage. This was my first year as a varsity player and there were times when I was so nervous that my hands could not stop shaking.
MusicRox1310 BRONZE said...
on Jan. 7 2012 at 9:31 am
MusicRox1310 BRONZE, St. Charles, Missouri
1 article 0 photos 5 comments

Favorite Quote:
"It aint over 'till it's over" -Yogi Berra
"Don't Blink. Blink, and you're dead" -Dr. Who

View profile
Wow! This is awesome! Great job!
Lit.rox BRONZE said...
on Nov. 2 2011 at 7:20 am
Lit.rox BRONZE, Kandy, Other
4 articles 0 photos 28 comments
View profile
wow! amazing...really interesting to read..keep writing.
spadeOfhearts said...
on Oct. 12 2011 at 5:12 pm
really hits the subject. nice jo describing things, it really stood out. the competitive, cruel edge makes it BEAST
twingirl4 said...
on Apr. 29 2010 at 7:24 pm
I really like that. I can relate, my brother played football when he was in high school and he was just as pumped about his teams championship game, they were both undefeated. (though their game didn't go quite as well, they lost, and he certainly can't write like you!) that was amazing. You can tell football runs in your blood and i  =think your writing is as awesome as how you played in that game. :)
Shae Scott BRONZE said...
on Apr. 14 2010 at 12:20 pm
Shae Scott BRONZE, Dallas Center, Iowa
1 article 0 photos 1 comment
View profile
Ahh, this is amazing.(: How diid state end up going for ya'll?
ginta said...
on Apr. 6 2010 at 6:16 pm
VERY good writing, I feel like im there. Very well wrote
KK =) said...
on Apr. 6 2010 at 6:02 pm
I think that this article was really well-explained, and the main character really explained his story and what was all happening.
nini said...
on Apr. 5 2010 at 6:22 pm
I really picture everything that was said because it was written so clearly.
epattoscar said...
on Apr. 5 2010 at 6:21 pm
goood acomplishment
america924 said...
on Apr. 5 2010 at 6:16 pm
it shows how people can bond with something so simple and work hard if they want to accomplish something!!!
cavalier87 said...
on Mar. 9 2010 at 12:54 pm
very emotional article
BigPeterT SILVER said...
on Nov. 11 2009 at 1:29 pm
BigPeterT SILVER, Dell Rapids, South Dakota
5 articles 0 photos 15 comments
View profile
Wow, good story
K Dixon said...
on May. 7 2009 at 3:48 pm
Chris, this is awesome! Keep up ithe good work and follow your dream.
Joe L said...
on Apr. 29 2009 at 12:45 pm
Great job, Chris. You did a great job of describing the scene and of capturing your emotions as the game unfolded. Keep at it.
Joe McG said...
on Apr. 27 2009 at 11:24 pm
Great effort in the game and on the article. Describing the emotions of the game kept my interest.
henry2burt said...
on Apr. 23 2009 at 2:56 pm
Great story! Beautifully written! Thanks for sharing it with us.
bsteiniger said...
on Apr. 21 2009 at 5:42 pm
Great job Chris! Your descriptive writing makes me wish I was there to see the game. Best wishes as you pursue your writing career!
dmoore said...
on Apr. 21 2009 at 2:13 pm
Chris...nice work on the field AND off the field with your writing! Keep up the great work.
Mimi said...
on Apr. 20 2009 at 1:40 pm
Great job Chris. You can have all the right grammar and style but it is the content that keeps people reading and if you can relate to what the writer is feeling. I could relate to the footballplayer in your story because you conveyed the feelings so well. Go for it.