A bad situation can scar a person if the memories areperpetually locked within their consciousness. Some bad situations, however, canturn out to be good in the long run. I experienced one of these, but looked atthe event from a different perspective to turn it to my advantage.

LastAugust I signed up for a competitive swim camp in New Hampshire. I love to swimand took lessons when I was younger, but I had never been a competitive swimmerand hadn't been in a formal swim program for a year. I was enthusiastic aboutgoing, though, and asked my mother to find out what level of swimming proficiencywas necessary. When she told them about my past lessons, they assured her I would"do just fine."

My mother drove me the two and a half hours tocamp. She was a bit worried, but I shrugged off her concern. My roommate seemednice, the counselors seemed nice and I was eager to go swimming. Why do mothersalways have to know best?

We assembled at the pool right away for ourfirst hour-and-a-half swim session. To be safe, I headed to the slowest lane. Iwanted to begin at an easy pace, see how fast others were and then maybe move tothe next lane.

Well, within the first ten minutes of warm-up, it becameobvious where I ranked in terms of speed: at the very bottom. The other swimmerswere good. And fast. Very, very fast. I later found out that some had come tothis camp from as far away as Florida. And there I was, an average swimmer whohad never been on a swim team. I felt like a snail in a pool ofdolphins.

That first swim session was torture. I labored to keep up,desperately fighting to maintain the pace. The laps blurred into endless miles.My arms and legs ached, and I gasped for air. By the end of that hour and a half,I was exhausted. I wanted to lie down forever.

I couldn't sleep, though.An hour later, after eating supper, we were back at the pool for a secondsession. I can't begin to describe how I felt during that practice. Alreadyexhausted and humiliated, I was forced to push myself to my physical limit. Theweariness accounted for only half of my torment. I was ashamed of my ineptitude,but could not swim any faster. As it was, I could barely make myself do therequired laps.

I had never been afraid of the water. I fearlessly,happily swam in the ocean when the water was 55 degrees and the rip tide currentswere so strong that a person had to fight to keep from being swept into the openwater. And yet, that night, I was truly scared of getting into that pool.

When I called my parents that night I tried to hide it from them, butthey knew something was wrong. Finally, I broke down and told them how tired Iwas and how I compared to everyone else. "Honey, you can come home if youwant," I remember my mother saying. I responded with uncertainty, and toldthem that if the next day was as bad, I would call to come home.

After thephone call, I felt terrible. I had never been a quitter, but I certainly feltlike one then. I had admitted to myself that I was in over my head, and I feltlike a coward. It didn't matter that I was physically incapable of keeping upwith everyone else. Rationally, I understood all these points, but I couldn'tshake off the feeling that I was a weakling who had gone crying to my parents. Iresolved not to call home.

As it turns out, the decision was taken fromme. My mom called the camp the next day. The phone was next to the pool, and as Ilistened to her kind, understanding voice, I couldn't stop myself from imaginingthe horrors the day's practices would inflict upon me. I would be slower thanyesterday, and could picture perfectly the scorn I would see in the eyes of theother swimmers. My resolve broke. I clearly remember my words, spoken in a low,defeated tone. "I want to come home."

So ended my experience atthat competitive swim camp where I had stayed for less than 24 hours. However,this awful day did not destroy my love of swimming. Instead, it had the completeopposite effect. As soon as I returned home, I told my parents that I wanted totake swim lessons. I took my humiliation and forged it into pure determination.Never again, I vowed, would I allow myself to become that out-of-shape, to bethat slow in swimming. Never again would the pool be a place of shatteredself-confidence and terror.

Now I'm on my school's swim team. I've beenswimming three or four times a week, every week, since September. After endlesshours of practice, I'm proud to say that my speed and endurance have improvedquite a bit. I learned an important lesson at that swim camp: practice makesperfect! Now, for me, the most beautiful sight is the sparkle of crystallinewater droplets flying like jewels from the swift arms of graceful swimmers. Thepool is once again my home, and the water is my element. 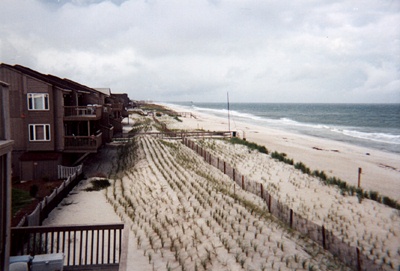