Tentatively, she opened the door. Her big, boxer dog nipped at my baggy sweat pants, smelling my legs and slobbering on the stoop. Neighbors across the street walked by, staring mercilessly at the darkened house shrouded by pines. Everyone knew. Above this home hovered a cloud of emanate death.

From inside, the shouts of a little girl echoed around the hallway. Peeking around her, I could see the four-year-old at the dinner table, clanging her fork against the plate, peas flying. Beside her sat someone in a wheel chair, head sagged towards the oak table.
The woman who had answered the door stepped back, her short curls falling into her depressed eyes. She tried a smile, but it wilted, drooping like a dying flower. She gestured towards the kitchen, and explained her husband and son’s absence due to soccer practice. I nervously trekked towards their dinner table, those eleven steps the longest in my life as I neared the person whose fragile fingers glided across a piece of paper, sketching an angelic child.

She was introduced as Doreen. When she heard her name her head bobbed, her body stiffened. I was the visitor she had been expecting, the teenage girl who lived a few houses down enamored with her own home country Germany, a place she had kissed goodbye almost a year ago. Doreen extended her hand towards me and as I clasped it, I could feel each of her thin, brittle, bird-like bones. My eyes traveled up her skinny arm to behold the rest of her. On her emaciated face her cheek bones seemed caved in, her eyes blackened, drained of the color they once were. Her hair hung in ragged strands, baby- fine and dark like her eyes. When she smiled, I saw inside her mouth, a grave yard of chipped, gray teeth encased behind frail, cracked lips. When she spoke, I could see the ghost of thirty-three years of laugh lines etched into her pale skin. But as I stood there, I couldn't help thinking that she had probably once been very beautiful, before Leukemia began its poisonous crawl into her blood stream, infecting her every pore like a snake injecting venom.

Doreen insisted herself be wheeled into the living room so that we could speak. As she began to talk, she seemed to inflate with vibrancy and life as if her memories restored her. She started with her childhood, one of many siblings she herself practically raised in a village in West Germany. As she grew, she developed an intense interest in film-making, a statement that caused me to perk up like when a dog spots a squirrel. She was an acclaimed documentary- film maker as well as a television journalist in her twenties.

Frequently, I had to pick my jaw up from the ground, especially when she confessed she had a strep throat infection as a child, leading to a medley of medicines and pills that eventually was the reason she contracted cancer, she believes. While in the hospital, she met an American man and they fell in love. She agreed to marry him and travel to America. As she was receiving radiation treatment at Duke, her fiancé admitted he did not want to marry her anymore. Doreen, distraught, resorted to a church in a foreign country, drowning under medical bills and abandonment.

She was taken in by a woman in my neighborhood, virtually a place where Doreen would die. When I visited her, she had not eaten in a week. As she told me her story, I watched in horror as she picked apart a bread roll, revolting to her in her wasted state.

She said to me that she had contacted her past employers in Cologne about me, a young American interested in the art of film-making. Tears of happiness welled up in my eyes as I stared at this dying woman, this selfless, caring, broken-hearted woman. As it neared 8 p.m., I could see the light in her eyes fading and I knew it was time to go. I thanked her fervently and hugged her small body gently, traces of her earthy smell lingering on me.

That night I began thinking that life was more than unfair. Doreen was the perfect person, altruistic, loving, brilliant, and interesting. Her mind and her heart created a powerful union and I became pained knowing she was dying. She was…magnanimous, in every sense. She showed no fear in pursuing a career into the unknown, and then diving into love, leaving her Germany and fending for herself in alien America.

Why do the magnanimous, beautiful people die young? Is it because the rest of us don’t deserve them? I wouldn’t doubt that for a second. We as human beings need to appreciate each other, and praise when it is do. And above everything, we need to love all, because you never know when your sand will drain from the hourglass, or when your clock will stop ticking. 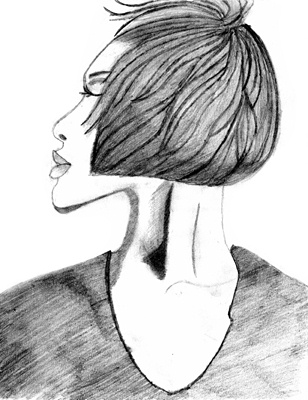