Favorite Quote:
"well, you know, we all want to change the world." -the beatles, "revolution"

This one wakes me up.

Cassie Bernall used to be 17. Not in the way that your parents used to be 17, but in the kind of way where you're something and then, suddenly and jarringly, you're not anymore. Does that make sense? Something then nothing, here then nowhere, 17 then murdered under a table in the Columbine High School Library.

But that's not why it wakes me up.

You see, the parking lot was filled that afternoon. There were dark stains of blood and tears on the pavement, little splotches of emotion and life, which gave way to sneakers and pant legs and torsos and faces, countless faces waiting for news, waiting for hope. And then, through the witness of those who barely survived the bloodshed in that brand-new glass library, all those faces came to believe that Cassie, who was 17 right up until that fatal moment when she was not, had been asked one question.

“Do you believe in God?”

The questioner was Dylan Klebold, who intended that morning to kill hundreds of students in cold blood, and he was holding a gun to her head.

And perhaps with one last thought of her seventeenness, that silly number that measured, only quantitatively, how much she had been alive, she said,

There was a click and a blast, and all of a sudden, Cassie Bernall used to be 17.

But still, that's not why it wakes me up.

Hers is such a graspable story. You can take it in your hand, stretch it out and squeeze it and make it mold to the lines of your palms. You can take that story with you and put it on your nightstand, contemplating it in the dark when sleep refuses to come take you away. You can understand it, make it fit your purposes. It's courage and martyrdom and love and passion and religion and righteousness and inspiration and an age-destroying apocalypse all in one holdable, moldable story.

What wakes me up is that it's not true.

Emily Wyant crawled out of the library that day, ears ringing with gunshots, sneakers and pant legs and torso and face spattered with the blood of a girl who used to be 17. No one asked her how the story went; no one seemed to care that she was sitting under that table with Cassie the moment she became un-seventeen.

There was a click and a blast, and that's what wakes me up.

That's what shatters through my dreams and jolts my body, just a little, so that my eyes open, suddenly and jarringly. The blinking alarm clock reads 2:23 and the nightstand looks empty without the comprehendible martyrdom that used to sit there. Instead I've got this mess. Like the chain of a necklace that's wrapped through and around itself, too tiny and knotted and slippery to untie with your fingernails, the story is unfixable, unfair, unrelenting.

“Peekaboo” is a word for small children. The kind of word you arm yourself with when you realize that children just don't find you likable or amusing, and a family gathering is just around the corner. “Peekaboo” is at its core sweet and innocent and meaningless.

“Peekaboo” is not for robbing girls of their seventeenness, not for clicks and blasts and spattered blood.

But, as is only human, we all take words and stories and hold them in our hands, and mold them to the lines in our palms. Put them on our nightstands and slip them in our pockets the next morning, lightly tracing their outlines with our fingers while we sit bored at our desks.

We have yet to learn how to build with these stories. How to combine our clay words and adjust them into a shelter or a cup or a table. How to create with them things that invite other people to live and enjoy living. Some have come close, and we perhaps admire their work in the daylight before going home to our nightstand and our own mesh of 26 letters and about eight punctuation marks. But our moldable lumps stay in our pockets, stay on our nightstands, stay with us and never touch another's hands.

Dylan Klebold stretched and molded and twisted his combination of six unique letters until it bled.

Cassie Bernall was still holding her combination of three unique letters when she became un-seventeen, never to pass it along.

Holding gives joy to only the holder.

We're all waiting for a cornerstone.

This one, truly, wakes me up. 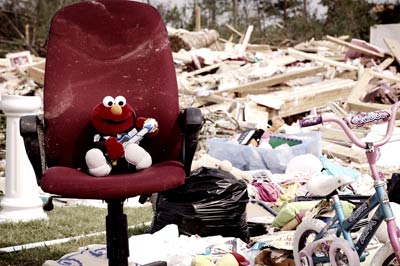 Favorite Quote:
"For beautiful eyes, look for the good in others; for beautiful lips, speak only words of kindness; and for poise, walk with the knowledge that you are never alone." - Audrey Hepburn

View profile
Wow. I hate to repeat, but I have to agree with Imaginedangerous, your voice is incredible. It was really easy to understand and empathise with, which I think is what makes this piece so great. Thanks for writing this!
GodSpell98 GOLD said...
on Apr. 18 2012 at 8:30 pm
GodSpell98 GOLD, Lincoln, Nebraska
18 articles 1 photo 16 comments

Favorite Quote:
"THE HUNKY-DORY THING ZAPPED ME!!" or "“We are the music makers, and we are the dreamers of dreams”. or anything from Lord of the Rings or Star Trek.