Fresh out of school is an interesting place to be, pardon the understatement. Not particularly enjoyable at times, very trying and certainly confusing, if not completely baffling.
One of the most ‘interesting’ bits, I would say, would be my hunt for a job.

Living in a zone where working under the age of eighteen is not permissible, wanting to be independent can be a true pain. That’s not to say that opportunities are limited, no, they barely exist.

But we try to make do, and one of these instances of seeking employment led me to a certain music and dance centre, where I was angling upon the opportunity to take on a job as a receptionist at worst and a part-time dance teacher at best. The owner of this particular organisation was a woman who I respect strictly for her energy, mental and physical. She took me on trial basis as an emcee for the annual function of the centre.

Public speaking has always been one of those things I knew I could be good at if I tried, but I’ve always sought a non-verbose way of getting my point across and hence that remained undeveloped. While this was not a task of a nature that I had not tackled before, I wasn’t happy about what I had to do. Stages weren’t exactly my happy place.

But desperate as I was for summer employment, I talked myself through it and the day of the event arrived. Without going into details, I could say that the event had been…good, certainly, but not because of us. The emcees. Maybe it was my fault for letting my frustration with the light and sound crew show. Maybe it was the fault of the technical department. Whatever it was, it is not the key.

When we were called for a meeting later - me and the other two emcees, along with the owner - she made it plain that she wasn’t really jumping for joy over my performance in particular. She blamed it on the fact that I for one, always having been something of a tomboy, wasn’t exactly well-versed with the art of makeup, and that my notes were handwritten.

I’m somewhat meek and didn’t really want to say, “Oh, please, give me a break, get your stuff in order first,” though it was certainly running through my mind. I merely said, “But I tried…”

And here is the key. What she said in reply, with what I might call a very mean look, was, “There is no trying. There’s doing, and there’s not doing.”
While she is clearly not a woman of many words, her meaning couldn’t have come across better, with all the soft backlighting of a naked bulb.

Somehow this was what really made something snap inside me. This was where all my respect for her melted away. Suddenly I couldn’t see eye to eye with her any more, literally or figuratively, and was almost glad that my chances of working there had dropped to practically zero.

As I stayed up late at night thinking her words over, I realised that everything was so easily deemed as black and white.
In theory, I like the world of idealists. Their world is simple. There is logic to everything. There’s good and there’s bad, there’s doing and there’s not doing, there’s black and there’s white. In theory it all makes sense.

In practice I can make neither head nor tail of this.

I don’t understand how they fail to see that vast stretch of grey that bridges the black and white.
Of course there is trying. Trying is what is the difference between failure and success, or as the lady-owner so wisely put it, doing and not doing.

So maybe I am not comfortable onstage yet and my makeup talents need unearthing and refining, maybe I am no good at hiding frustration and I need to slow down while talking. Maybe I simply need to get better at bluffing when people decide to tune their guitars just before their performance.

Whatever it is that I have to learn, I know I’m only going to get there by trying. There’s a long arid greyness that gets whiter and whiter as I progress, and it’s never going to be perfectly white because there’s only so much I can do about things that I’m not good at. Plus nobody’s perfect, right?

Where I stand today is only of consequence if I know where I have to go tomorrow, and that works vice versa too. So while I thank that woman for showing me where I lack, I disagree with her worldview completely.

Because there is no black and white. There is only grey, and degrees of darkness or lightness to it.

Trying is what will bridge my today to a hopefully better tomorrow.
And it will not be the circumstances that will have improved, no.

I will be a lighter grey. 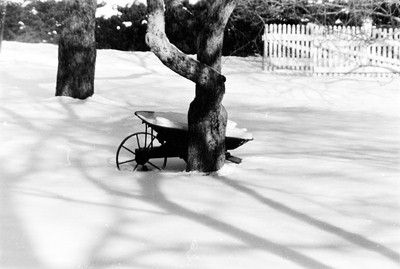 The author's comments:
A true learning experience, I guess you could say.
Post a comment
Submit your own