My mother and I. We have a strange relationship. Sometimes we can have a good time together. But most of the time I find myself disagreeing with her. The way she thinks is just so absurd. My friends think I'm crazy. For dealing with her rules, but for me if I don't it's like I'm defying God.
I'm not allowed to have a phone, which for many reasons can be proved wrong. For example, she yelled at me for not calling her, which could have been simply solved if I had a cell phone. She thinks I'm a defiant child when I get almost straight A's, I never get into trouble, and I'm usually at home on the weekends. When most of my friends are out, and on school nights too.
I don't want to say I hate my mom but sometimes I just get so frustrated with her, it just comes as a thought. But if I ever said that, my mom would probably scream at me. I feel like she doubts everything I do, and everything I do isn't good enough for her. I'm on honor roll, in honor classes, but she wants me to do cheer leading. That's just not who I am. I'm in NJHS and she wants me to play Cross Country. Sometimes I don't think she understands how hard it is to juggle both a school life and a home life separately. And how hard I work to be the way I am. I could just be some failure that doesn't have a care in the world. About anything. I could sit in my room and not tell her anything about my life. But I do anyway. Because I don't want that kind of family life. I don't wan to be miserable and un-happy.
My mother is not very accepting. She needs to understand, this is a different time. Things aren't the same as they were when she was a kid. If you think about it, a phone could save a life these days. At the same time, I understand the lack of importance of a cell phone.
Overall, I'd say we have a good mother-daughter relationship. But its most definitely not like that of my friends. I wish it were but its not. I don't tell her every single detail of my private life, most of them are too inappropriate for my age anyway.
Lately I feel like we've been drifting apart, and I don't like it. It's not like what it used to be. Everything's so different now. But one thing is the same, I love my mom. And no matter what struggles we face, I will always love her. 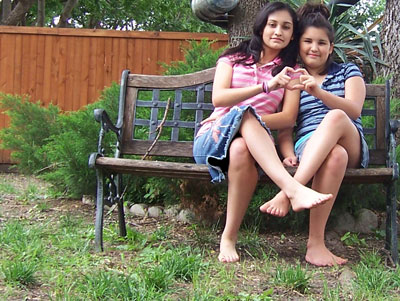 The author's comments:
Dedicated to my mother, who likes to prove me wrong everytime. We can overcome anything. I love you, mom.
Post a comment
Submit your own

xXxdancing_for_rainxXx said...
on Mar. 29 2011 at 7:20 pm
xXxdancing_for_rainxXx, San Pedro, California
0 articles 0 photos 28 comments
View profile
I could relate a lot to this article... my mother and I don't have a very good relationship. It's difficult for me to hear other people talk about having good relationships with their parents, since that's something I've never known. I am so glad that you love her so much through all this. That's great :) Stay strong x