I have gotten so sick of being embarrassed or humiliated, judged and criticized. Whose job is it to decide who I am? Mine! It's not anyone else's business whether or not what I'm doing is stupid- it's what I feel like doing!

Wait, let me start again. I didn't mean to set the tone angrily. Why don't we just consider being individual? Sheep are considered stupid. If one jumps off a cliff, the rest will follow. They're identical, so hard to tell apart. Is that what we want to be? Sheep? With no minds of our own, always doing what others are doing?

If that's true, well, I guess I'll just go and bleach my hair tomorrow. If you're blonde, you're pretty, right? I guess I should try and hide my red hair, even though I've been told it's a really unique color. Hm, maybe I should stop eating, too. Then I'll be stick-thin like all the models in magazines. If I've got anything left in me after this, I suppose I'll try and scrounge up enough money to get some plastic surgery too. Isn't that what all the stars are doing?

Sarcasm, my frightened readers. That was sarcasm. Sorry, I'm just sort of ranting today. Rather fed up with feeling ridiculous and aloof. It's not my problem if people don't like me for being myself. Unless 'being myself' involves killing people. If that's their issue I understand. But, you know, something tells me that's not going to happen anytime soon. Or ever.

What on earth am I talking about?? Who knows. Anyhow, there was something else I wanted to say.... Oh, right. Isn't it weird how actors and actresses, designers, and singers are the ones who determine 'cool'?

(Side note: in the modern day colloquial, why is it that being 'hot' and 'cool' essentially mean the same thing, when, in fact, they're opposites?)

I mean, because of them, youth is being brought up to believe that wearing whatever clothes are cool, or that in order to be popular you need to buy this product or that. I can't say I'm not being a hypocrite here, because, to be honest, I am. But wouldn't it be nice if more kids idolized people like Martin Luther King, Ghandi, Aristotle, the Dalai Lama.... people that do great things and really contribute to the world? Of course I know there are many who do, but there are more who wish to follow the path of so-called 'teen prodigies' like Miley Cyrus (eeeewww), crowd-pleasers (Brittany Spears) or the ones who gain instant fame, like Ke$ha.

I admire the people whose idols are athletes or authors, scientists or anthropologists, whatever else, and who aren't afraid to tell others that. Be different for a change, and you'll see that maybe it truly isn't that bad.

Or bad at all, really. Lesson of the day? Always remember to never let yourself become a sheep. 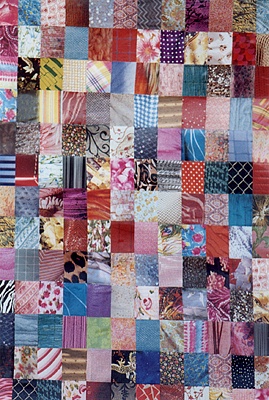 The author's comments:
Yet another bit written on a mildly bad day. Why do I rant to much when I'm irritated?! Oh well. Gets my feelings out, I suppose.
Post a comment
Submit your own

View profile
What's you're saying is true. It's good to be yourself and not let others change you.